SALISBURY — Mayor Pro Tem Al Heggins on Thursday spoke during a virtual Rowan-Salisbury NAACP forum about issues of racial equality as well as her goal of eradicating poverty if elected to serve House District 76 in the upcoming general election.

The forum, hosted by the Salisbury-Rowan NAACP, was moderated by South Main Book Company owner Alissa Redmond, who’s a former U.S. State Department diplomat. Before diving into the evening’s discussion, Redmond reminded everyone that NAACP is a nonpartisan organization.

Redmond said both Heggins and Rep. Harry Warren, R-76, were invited to the forum via “snail mail” and email. Redmond said Warren didn’t respond to the invitation, and he was not in attendance Thursday night. Warren did not immediately respond to a request from the Post about the event. 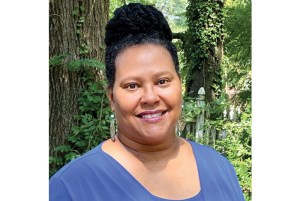 Heggins is running her campaign, in part, on the need to eradicate poverty in North Carolina. Ways in which she plans to address the issue include raising the minimum wage, expanding Medicaid and protecting workers’ rights.

In terms of how to fund those measures, Heggins noted she’s anxious to get to the General Assembly and look more in-depth at how funds are prioritized.

Redmond credited Heggins with opening more discussions within the community regarding racial injustice protests and racial unrest following the death of George Floyd in May. Redmond also cited Heggins’ proposal to city council members to consider banning the use of tear gas by local law enforcement at an Aug. 4 meeting. After a divisive discussion at the meeting, no action was taken on the measure.

Heggins praised the relationship between Salisbury Police Department and the community. But Heggins said believes there can be more humane ways to handle situations where someone incites violence during a protest without using tear gas.

“We’re not at war with our residents here,” she said

Heggins said she believes the young people of today are more vocal and that young activists are pushing back against people looking to separate and segregate Americans.

“Change isn’t coming,” Heggins said. “Change is here. We want equity, we want access and we want to be heard.”

Additionally, Heggins was asked about how school systems can work to become more diverse, inclusive and welcoming. Heggins cited the School Justice Partnership with local schools and courts, which was launched when she was mayor and aims to keep students “in the schoolhouse and out of the jailhouse.”

She added that she’s proud of efforts made by Rowan-Salisbury Schools, and wants a commission formed to gather more feedback from students, in addition to pay raises among school staff and teachers.

Heggins was asked how she felt about Warren’s decisions and legislation in the state House over the last decade. While she noted she wouldn’t be running if she was completely satisfied with his actions, she didn’t elaborate much further since he was not in attendance.

Redmond asked Heggins what she’s been telling voters to encourage their turnout.

“Your vote is absolutely yours,” Heggins said, adding that much is at stake in the current election. “It truly is your power and you don’t want to give that away.”

Heggins urged voters to “mask up and get to the polls” if they haven’t cast an absentee ballot.

Redmond recalled a text message she received after casting her absentee ballot two weeks ago that notified her the vote had been counted. She also referenced the state’s absentee ballot tracking program, BallotTrax, which can be found on the state board of elections website.

Salisbury-Rowan NAACP President Gemale Black expressed frustration with Warren’s absence, noting that Warren must make a stop by the NAACP office to talk to the people.

“It’s not about personal interest,” Black said. “It’s about the people’s interest.”

Black said he wanted to have a conversation with Warren, in particular, about a voter identification bill Warren sponsored in 2013. Critics have noted it disproportionately affected African-Americans and other minorities, and it was struck down by a federal appeals court in 2016. And despite a request from former Republican Gov. Pat McCrory to resuscitate the law, the Supreme Court rejected the case a year later.