SALISBURY — A Salisbury man remains jailed after a police K-9 allegedly found cocaine, heroin and other drugs found in a car he was in.

An officer stopped a Toyota passenger car around 10:30 p.m. that had a broken license plate light. The officer issued a warning citation to the driver and called a police K-9 to the intersection of North Long and Short streets, said detective Russ DeSantis. 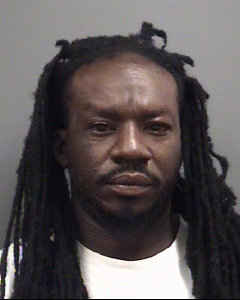 The officer searched Smith, who was sitting in the rear, and found a plastic container in his pant’s pocket that had crack cocaine, heroin and suboxone strips inside. Smith remains in the Rowan County jail under a $5,000 secured bond.

The other passenger and the driver were not charged.