SALISBURY — The Rowan County Sheriff’s Office charged a local woman with smuggling drugs and other paraphernalia in a body cavity and into the county jail. 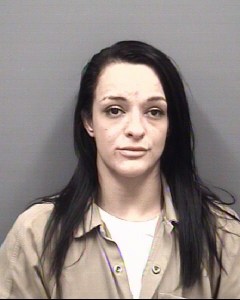 Cook was taken by jail staff to Novant Health Rowan Medical Center to extract the bottle containing the drugs. Medical personnel were able to remove the bottle, which allegedly contained one gram of heroin and three grams of methamphetamine.

Cook has numerous misdemeanor convictions and felony convictions for possession of Schedule I and II controlled substances.  She also has pending charges in Rowan and Iredell counties for conspiracy to commit robbery with a dangerous weapon, felony possession of cocaine, possession of drug paraphernalia and possess with intent to sell/deliver heroin. Cook is awaiting service of the warrants.