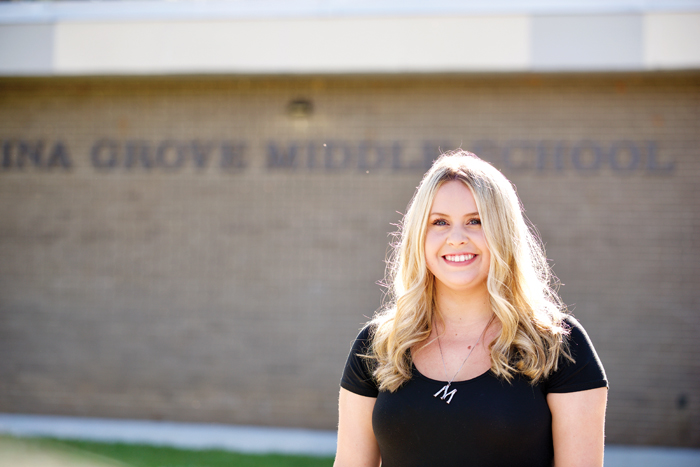 The school system honored both educators in a virtual celebration on Wednesday in a similar manner to its teacher of the year presentation last month.

Pate, a seventh-grade English teacher, began teaching in 2019 after graduating from Catawba College. She coaches cheerleading and can usually be found dancing and finding ways to engage kids, including making TikTok videos.

China Grove Principal Rikki Baldwin, who was hired this summer, said she was surprised when she was told Pate was a new teacher.

“Her energy is unmatched,” Baldwin said. “You can see the culture and the joy when students come in her room.”

For her part, Pate said she was “extremely honored to win.”

“To win, it was a big surprise for me. I felt very blessed to be a part of Rowan-Salisbury Schools,” Pate said.

She said her favorite thing about being a teacher is spending time with kids, getting to know them and, hopefully, making a difference.

“Hopefully being an adult that is on their side and cheering for them,” Pate said. “If they don’t have anyone else, they at least have someone that’s in their corner supporting them.”

Pate said contending with the COVID-19 pandemic as a teacher who’s still relatively new has been difficult, but the situation has forced her to learn, adapt and be willing to change along with her students. Despite the circumstances, she is happy with her first year in the classroom.

Bondurant, who has been principal at Shive since she helped open the school 14 years ago, teared up when she was told she she won. The longtime educator said she was shocked and humbled. She called it is a win for the whole school.

Being an educator is an essential part of Bondurant’s life, and she said as much. It’s why she gets up in the morning and goes to work every day, she said. 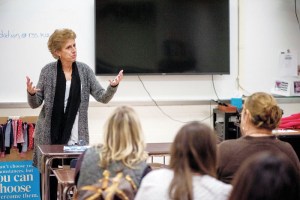 Growing up, Bondurant admitted, she never wanted to be a teacher. Neither did her best friend, who is now a retired teacher. She wanted to go into the medical field, but she feels like everything has fallen into a place and she has been lucky to have good role models in education.

Since Shive opened, Bondurant said, it has grown and built its own identity and culture from the three schools that fed into it. The first class of students who started at Shive in kindergarten graduated high school in 2020.

“I’m looking forward to tomorrow, being at school and sharing with them,” Bondurant said on Wednesday.

Bondurant said she is proud of everyone at the school, staff, students and parents.

“We’re making a difference and I’m proud of what we’re doing,” Boundurant said.