While the city estimated that a total of $7.65 million would be received in sales tax revenue, the city actually received $8.54 million, which reduces the deficit council members anticipated when passing the 2020-21 budget. The actual sales tax revenue received for 2018-19 was $8.12 million.

Council member David Post said the current quarter in the 2020-2021 budget will be impactful because many people are no longer receiving unemployment benefits and are returning to work.

Mayor Karen Alexander was happy to hear the news, but added that “it is wise to not get too excited.”

One of the consent agenda items included adopting an ordinance to amend Chapter 13, Article X of the City Code of Ordinances related to parking. The measure prohibits parking on one side the 600 block of West Liberty Street.

But council member David Post expressed concern that residents of that area weren’t aware of the parking suggestion, noting only two signatures from residents in the area in a letter regarding the measure.

Council members then voted to place it on the agenda for the next city council meeting, scheduled for 6 p.m. on Oct. 20.

Mayor Pro Tem Al Heggins said she and Alexander, along with other mayors and mayor pro tems in the county, received a letter from a citizen concerned with how safety and security will be enforced at voting locations this election, particularly with the current political contention that’s been reported across the nation. Heggins said she passed along information regarding an upcoming seminar that touches on that issue, but urged local law enforcement to notify the public of what safety protocols will be in place to protect voters at the polls.

Alexander also announced that the city has received a $200,000 grant from the U.S. Department of Housing and Urban Development. She said the Chamber of Commerce approached her to request some of those funds go to local small businesses that are struggling. Alexander added that city staff will look into how that money will be used and shared.

She also said the city is in the process of receiving a grant that could help purchase two electric buses for the city.

• Council members appropriated into the 2020-21 general fund the Paul Bruhn Historic Revitalization grant, received by the city on Aug. 28 from the National Park Service, for $543,185. The grant will be used to incentivize rehabilitation of commercial buildings in the Salisbury Historic District over the next three years, with the first several months dedicated to advertising applications for development. City staff anticipate the draft program guidelines will be completed by November, with an application period opening by the end of the year.

• Council members will amended a previously authorized agreement with LaBella for construction related to a water treatment plant improvement project. The city council previously authorized an agreement with LaBella for no more than $320,000. But as construction is underway, Salisbury-Rowan Utilities said there is a need for additional construction material testing and special inspections. SRU requested adding to LaBella’s contract to address the additional needs through a sub-contractor at a cost no more than $20,000.

• Council members approved a sole-source purchase from Spartan Fire and Emergency Apparatus for a cost of no more than $68,230 for purchase of portable rescue tools. The Salisbury Fire Department is transitioning to Holmatro hydraulic rescue tools to upgrade the quality and performance of the department’s rescue tools inventory.

• The council appropriated $35,000 into the 2020-21 general fund balance from two grants related to parks and recreation projects. Of the $35,000, $10,000 will be used for various park flood repairs and $25,000 will assist with resurfacing tennis courts and recreational education days.

• The mayor also announced the 10th annual BlockWork neighborhood improvement project, which will be held from Oct. 24 from 7 a.m. until 5 p.m. to Oct. 25 from 9 a.m. until 5 p.m. in the 200 block of South Clay Street. Volunteers are needed to help with exterior repairs, painting, carpentry and landscaping. T-shirts, gloves, masks and meals will be provided. BlockWork will follow COVID-19-related guidelines, and volunteers are asked to sign-up in shifts. The deadline to sign up to volunteer is Friday, Oct. 16. For more information or to volunteer, visit salisburync.gov/BlockWork. 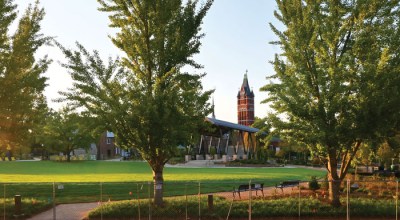