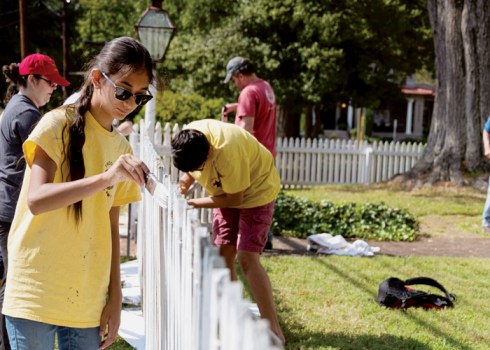 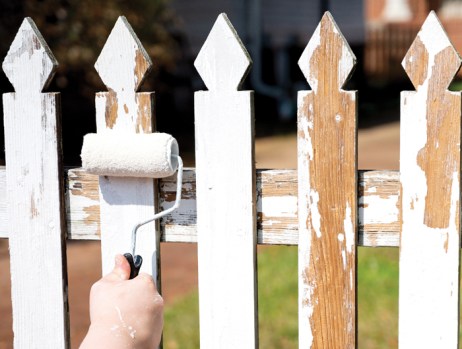 Josh Bergeron / Salisbury Post - Melanie Harselle, who is in Scouts BSA, was one of several volunteers who have helped clean and paint the fence in front of the Utzman-Chambers house. 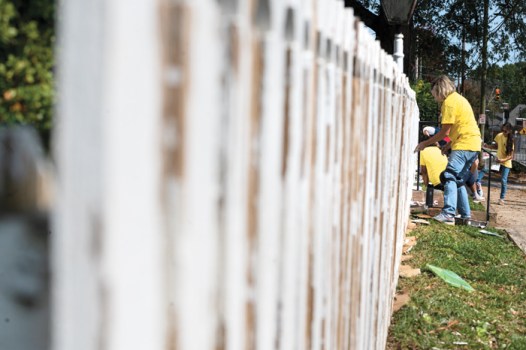 Josh Bergeron / Salisbury Post - Volunteers, including some local scouts, have worked over the previous several days to clean and paint the fence in front of the Utzman-Chambers house on Jackson Street in downtown Salisbury.

For the previous several days, volunteers have been working to strip peeling paint from a fence around the Utzman-Chambers house in downtown Salisbury and add a fresh, white coat.

Betty Mickle, a volunteer for Rowan Museum, said the fence first received a good pressure washing and scraping to clear off any mildew and peeling paint. Then, work began to roll on a new coat of paint, with some help from local scouts from Troop 448 on Sunday afternoon.

Last week, some volunteers also built a new fence behind the house.

Mickle said work to freshen up the fence was done, in part, to “make sure the property is in order” when Bell Tower Green Park opens. That’s currently scheduled to be sometime in early 2021. She said landscaping work is also on the to-do list at the house.

The Utzman-Chambers house, a circa 1815 federal-style townhouse at 116 South Jackson Street, is maintained by Rowan Museum. It was built for Lewis Utzman, a cabinet maker, and constructed by Jacob Stirewalt. It was sold to Judge James Martin in 1819 and, later, to Maxwell Chambers in 1847. It is still owned by the Maxwell Chambers Trust, Mickle said.