SALISBURY — A Salisbury man was charged with the rape of a 17-year-old girl that he’s accused of sexually assaulting while on a date. 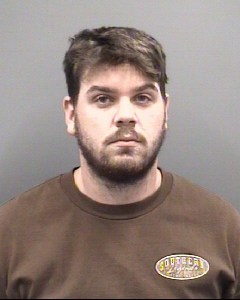 The girl told her father she was sexually assaulted while at Seaford’s home. She told her father they went to Dick’s Sporting Goods store on Friday, Sept. 18 and then back to his house to hang out, said Maj. John Sifford.

Sifford said the parents met Seaford and approved of the date. The two went to his room where she was assaulted. According to a report, the girl repeatedly told Seaford “no.”

Seaford was arrested Saturday at his Salisbury home and has since been released from the Rowan County Detention Center under a $5,000 secured bond.