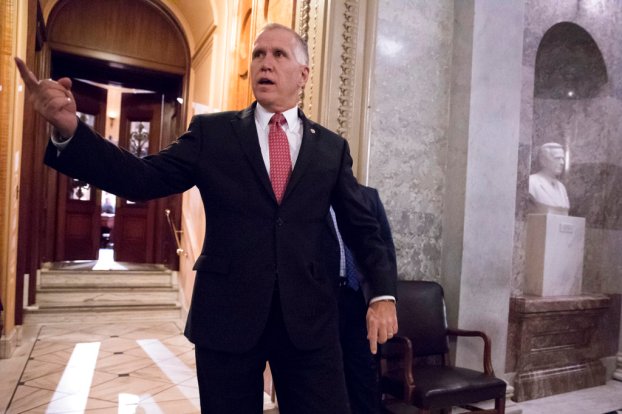 Tillis spokesman Adam Webb issued a statement Sunday night saying that the senator is continuing to self-isolate at home but that he’s feeling better after experiencing mild symptoms the previous day. Tillis announced Friday night that he had tested positive.

“His mild symptoms from yesterday have significantly improved and the only lingering symptom is the loss of his sense of taste and smell,” Webb said in an email.

Tillis is among several people to be diagnosed with the virus after attending the Supreme Court nomination ceremony in the White House Rose Garden for Amy Coney Barrett. Tillis was wearing a mask at the ceremony and has supported mask use.

Tillis has said that he would self-isolate for 10 days and that he was temporarily halting in-person campaigning during his re-election bid.

SALISBURY — A public hearing regarding the current moratorium on large, ground-mounted solar energy farms will be held during the... read more