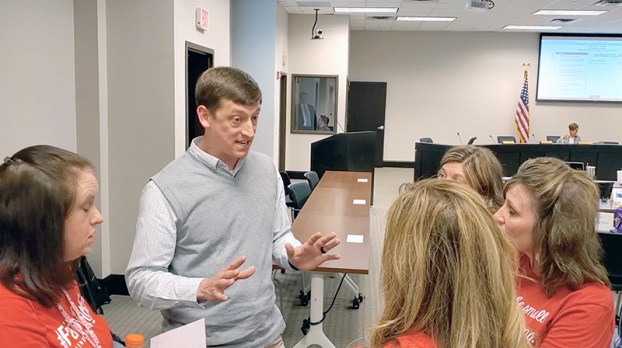 Conventional wisdom is usually to make big changes at the same time to avoid dragging things out over weeks and months.

Rip the bandage off all at once, so to speak.

With a superintendent retiring, COVID-19 and the virtual learning challenges it has caused, renewal, a school board election and closure discussions coming back to the forefront, Rowan-Salisbury Schools is preparing to rip off a lot of bandages.

Truthfully, the school system can’t move forward and adapt to unprecedented times by staying the same.

The board has once again taken steps toward closing Faith and Enochville elementary schools and scheduled public hearings that are required by law. The school board, however, doesn’t need a public hearing to know how parents feel about closing the two facilities. The community’s strong opposition to the proposal for years, particularly in Faith, proves that. As more evidence of opposition: Faith could be just a couple weeks from receiving approval for a charter school.

If parents and students haven’t grown exhausted by the constant closure talk with no decisions made, they’ll make their voices heard loudly during a public hearing scheduled to be held virtually on Oct. 19 for Faith and Oct. 20 for Enochville. To do that, they’ll need to figure out how to use the software platform Zoom or write their comments and hope board members read them. They can’t gather in groups and present the same show of force that prompted previous delays.

School board members, meanwhile, may need to hope the many residential developments in Rowan County, particularly ones near Faith Elementary School, do not bring many school-age children or young families. Otherwise, the board in a few years could be wondering why they didn’t procrastinate further about closure discussions. Compared to the current situation, though, overcrowding would be a terrific problem because it would mean millions of tax dollars and billions in new investment flowing into the county.

It’s also worth wondering whether existing trends, which school officials say have been accelerated by COVID-19, will continue after the virus subsides. Students and parents that find virtual schooling to be a good option may not return to in-person classes. Parents who’ve sent their kids to homeschool, charter schools or decided to get ahead of closure and transfer their child elsewhere are unlikely to return to Faith and Enochville without some sort of guarantee that closure won’t happen. That guarantee isn’t coming.

If a vote on closure happens this month, it will be one of the hardest decisions school board members will ever make, and particularly so because it’s just weeks from an election. School board members will have a mountain of considerations swimming around in their mind, most of which they’ve debated before. But in a school systems that’s boldly forged a new path via renewal, it may finally be time to follow conventional wisdom and rip off the bandage.

While Reaper’s Realm is not solely responsible for the shooting and unruly crowd at its business on Saturday, owners must... read more