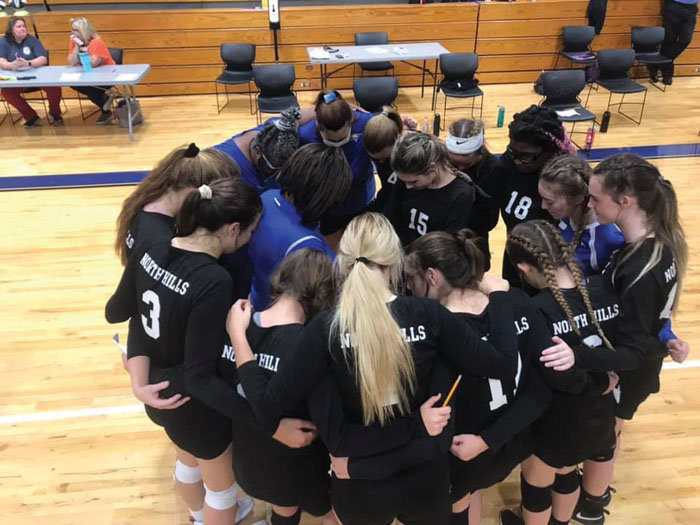 The undefeated North Hills Christian School volleyball team has been training since June. But the Lady Eagles, who are part of the Southern Piedmont Athletic Association (SPAA), were unsure if they’d get to play this season.

Six seniors are on the team that made it to the NCISAA State Playoffs last year.

“I have played with some of my teammates for nine years, but the pandemic has brought us closer than ever because we know how special it is to be playing this year. I think that’s why we are doing so well and have such high hopes and positive outlooks for the rest of the season,” senior Ava Corriher said.

The Lady Eagles defeated Woodlawn School on Thursday at home and are currently ranked third in NCISAA 1A Division.