Josh Hall: The NBA is looking for a few good men 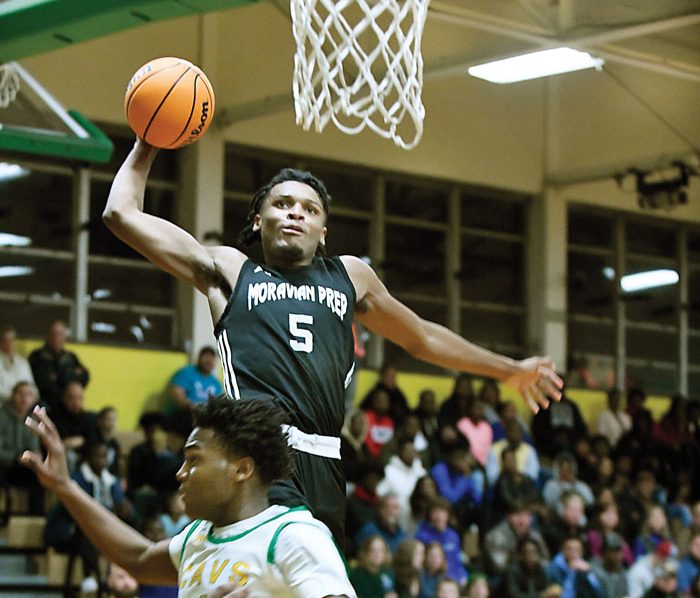 DURHAM — The pool of candidates is worldwide and only 60 young men will be chosen when the NBA finally holds its 2020 draft on Nov. 18.

But a player with local family ties could be one of those elite 60.

Josh Hall, who will turn 20 next month, is the son of Quincy Hall, who played at West Rowan High in the 1990s. He’s the grandson of Clint Hall, who starred for the Falcons in the early 1970s.

While he will never play a single college basketball game, Hall is an intriguing small forward prospect for NBA scouts because he’s an excellent 3-point shooter who can handle the ball and defend multiple positions. Those are skills in high demand in today’s NBA.

“The skill set Josh has for his age is amazing,” Quincy Hall said. “The things he can do at 6-foot-9 and pushing 6-foot-10 are amazing. I’m not just saying this because he’s mine — this kid is special.”

The gene pool has to be part of it, and Josh’s grandfather, Clint, a two-time first team All-Rowan County player, was a phenom for coach Harold Higgins’ West Rowan squads, especially when the Falcons won the North Piedmont Conference regular season and tournament championships in 1971-72.

As a senior, he averaged 16.4 points and 15.7 rebounds. He was the No. 2 scorer in West history when he graduated.

Clint signed with Southwood College, a junior college in Salemburg, N.C., and he also played at Lees-McRae. Eventually, he came back to Cleveland, N.C., and went to work at Grinnell Fire Protection.

Quincy Hall was born in 1977 and sprouted well past his famous father’s height. He was usually listed at 6-foot-11 during his days playing on powerhouse West squads coached by Charles Hellard and then Bob Shipwash. Quincy was second team all-county in 1994 and moved up to first team in 1995.

West was 76-8 during Quincy’s three seasons in the middle. He was a shot-blocking defensive presence and averaged 17.1 points per game as a senior.

After that, Quincy played two seasons at East Carolina, where he was listed as a 7-footer.

Knee issues which dated back to high school prevented him from college stardom, but he was a factor for the Pirates, especially in the 1998-99 season when he averaged 7.3 points and 4.9 rebounds. He was among the conference leaders in shooting percentage and blocked shots. There was a game against Richmond in 1999 in which he led the Pirates in scoring (15 points) and rebounding (8).

Quincy played overseas in Finland and had a stint in the National Basketball Development League, now known as the NBA G League.

Quincy married Tenika Rudisell, of Salisbury, in the spring of 1999 while he was an East Carolina student.

“Josh was still an infant when I was making the transition from college to playing overseas to living in Durham,” Quincy said.

Hall would become a remarkable late-bloomer, a Cinderella story.

As a freshman during the 2015-16 school year, he went to Southern Durham High.

Josh first started to make a bit of noise in the summer of 2016 as a member of the Durham Hurricanes AAU team that Quincy was coaching. Josh was 6-3 then and was mostly a 3-point shooter.

Those teams were loaded with prospects. Josh played on the school’s “B” team as a sophomore and junior. Skill-wise he could compete at a high level and he had grown to 6-foot-6, but he lacked weight and strength. After a solid summer in 2017, he had offers by the time the 2017-18 season started from mid-majors such as Kennesaw State, Buffalo, Hampton and Rider.

For the 2018-19 season, scheduled to be his final year of high school, Josh transferred to Moravian Prep, in the Caldwell County town of Hudson. He was blossoming and he had gained some muscle.

During that same time frame, Josh, who had grown to 6-foot-9, decided to reclassify his graduation year and play the 2019-20 season with the Moravian Prep post-graduate team. Becoming a Class of 2020 recruit instead of a Class of 2019 recruit made a world of difference in the way Hall’s potential was perceived by recruiters.

His stock rose swiftly during the spring of 2019, playing with a travel squad called Team Loaded.

Offers poured in. In April 2019, schools such as N.C. State and Kansas offered.

He would visit N.C. State, DePaul and Louisville before announcing a commitment to N.C. State on Nov. 18, 2019.

As the 2019-20 season unfolded, Josh led a powerhouse Moravian Prep team that would finish with a 34-3 record.

In mid-December, at the Battle at the Rock, a national showcase held in South Carolina, Josh scored 51 points against a team from Arizona. It may have been was on that night that he started seriously considering jumping past N.C. State, directly to the NBA. Since he was more than a year removed from the graduation of his high school class, he was eligible for the draft.

In February, Josh played a game at North Rowan. North head coach Jason Causby and Quincy Hall were teammates at West. That led to an appearance by Moravian’s rock stars and dunkers to fill the North gym.

Moravian took a 26-0 lead against the Cavaliers, a good 1A squad, and cruised 79-29.  Josh had 12 points, five rebounds and four assists while playing about half the game. When it was over, he signed autographs and posed for photos, but he has become an even larger celebrity in recent months.

Phenom Hoops, a scouting service that puts on camps, tournaments and showcases, named Hall, who averaged 24 points per game, the state player of the year. He had risen to five-star recruit status and was listed as one the top 25 prospects nationally in the Class of 2020.

Josh has got a lot going for him. He’s a smooth shooter with great range. At least one scout believes he’s the best 6-foot-9 shooting prospect in the country.

He handles the ball well with either hand, he can pass, and he can score off the dribble. He has tremendous length and big hands.

The only real knock on him was strength, and he’s done a lot to address that shortcoming in recent months.

In April, Josh announced a decision to test the waters and obtain feedback from scouts for the NBA draft. Not long after that, he stunned N.C. State fans with the announcement that he was hiring an agent and would keep his name in the draft. That burned the college bridge. There’s no turning back.

The COVID-19 pandemic eliminated most of the normal workouts that Josh would’ve been making for NBA teams, but he made a favorable impression on observers and scouts when he went through a series of workouts and interviews earlier this month in Arizona.

Quincy says there have been a lot of calls. A number of teams, such as the Toronto Raptors and Brooklyn Nets, are definitely intrigued.

Josh has been doing his part. He’s transformed his body in the last three months from a teen’s body to a man’s body.

Tayshaun Prince, the former Kentucky star who had a long NBA career, is the player to whom Josh is compared by several scouts. Prince was a 6-foot-9 small forward with a 7-foot-2 wingspan.

Because his experience is so limited and because he’s a prep-to-pro hopeful who hasn’t faced college competition, there’s a wide range of opinion on Josh from the people who are analyzing the draft.

Almost anything can happen.

Some say Josh won’t get drafted at all and will have to sign after the draft as a free agent.

Some say he’d be a smart second-round gamble. Some like his upside so much that they think he could sneak into the latter stages of the first round.

One of the major draft web sites rates him as the 43rd pick, and the 11th-best small forward. Another has him at at No. 34, but another rates him outside the top 60.

The good news is more people see his stock rising, than falling.

He’s one of the 85 prospects invited to the official NBA Draft Combine, which will be a unique mix this year of virtual interviews and evaluations as well as a physical component.

Josh will travel by car to Charlotte for medical testing, measurements, strength and agility testing and shooting drills. That will be a critical time for him.

“The Combine is what is going to push Josh over the top,” Quincy said.

The draft itself will be highly unusual in this year of COVID-19. It will be done via a video conference broadcast on Nov. 18 on ESPN.

“I think Josh is the safest pick in the draft,” Quincy said.