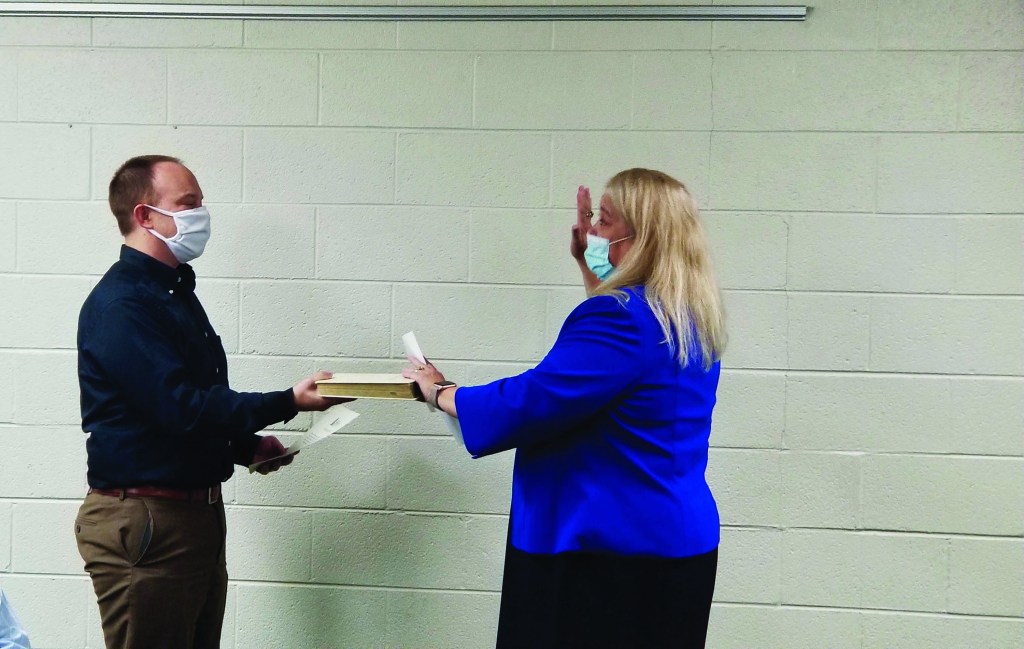 SPENCER – Another $256,489 is expected to be funneled to Spencer’s Park Plaza project after the town board of aldermen on Thursday approved pursuing a supplemental loan from the U.S. Department of Agriculture.

The additional funding is 10% of the $4 million project’s development and construction cost and is described by USDA as a subsequent loan, which is made in addition to an existing agreement.

In this case, the town already had an agreement for a $2.8 million loan along with nearly $1.1 million in funding from town finances. The town is awaiting a possible $100,000 grant award from the Cannon Foundation, which would increase its share of the funding.

The project, meanwhile, has been in the works for years, resulting in changes in scope and cost estimate. The facility known as Park Plaza is planned to eventually hold town offices, including the police department.

USDA Area Specialist Nikki Denney attended the Thursday meeting to discuss the approval process of the new loan. The meeting was brief and the board approved a handful of motions necessary for loan paperwork, including accepting the loan conditions with no comments.

Denney said the USDA’s fiscal year ends on Sept. 30, and the paperwork for the loan can be filed before that deadline.

The additional funding holds an interest rate of 2.25% on a 30-year term. Like the rest of the USDA funding, it will be paid out upon completion of the project to pay off a construction loan secured from a bank.

The board approved a resolution to proceed with development of Park Plaza and direct staff to request proposals from banks for interim financing.

Spencer Mayor Jonathan Williams said he is glad the project is moving forward.

Keeping businesses in the property has been an issue since the 1990s and the town tried to work with an architecture firm to renovate the property in the early 2000s, but it could not secure a development grant in 2003 and those plans fell through.

Some of the property’s storefronts have been vacant for decades.

The town also welcomed interim town clerk Tamara Hatley while the town searches for a replacement for former clerk Brittany Aitken. Interim Town Manager David Treme said Hatley has 23 years of experience as a clerk and came out of retirement from the town of King to fill in.