Byrd-Clark, who is running for her second term, is a youth advocate who cofounded Gemstones and COMPASS Leadership Academy with her late husband Alex Clark. The nonprofits reach out to at-risk youth in the community and the couple was awarded keys to the city in 2019 for their work.

Barbee is a 2020 Catawba College business administration graduate who works as a carpenter, installing cabinetry in laboratories and classrooms. Barbee serves on the Salisbury Tree Board and the Rowan County Historical Landmark Commission and is involved with other local organizations. He is vice chair of Rowan County Young Republicans.

Capital funding for Rowan-Salisbury Schools is predominantly provided by county government. Superintendent Lynn Moody has repeatedly said the district has too many schools, the school board for years has faced questions about closures and the district has produced a figure of a minimum of $500,000 per-year cost for every school it operates but does not need. 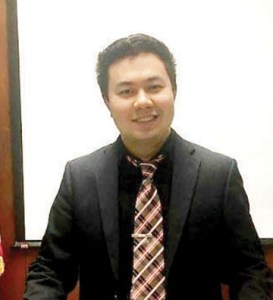 The board is currently moving through the process toward a possible closure of Faith and Enochville elementary schools and has instructed the administration to perform a closure study on Henderson Independent School.

Barbee says he’s not in favor of wholesale consolidation because he thinks it would get rid of buildings that could serve other purposes. He doesn’t want to derail plans to create a consolidated K-8 facility between Knox Middle and Overton Elementary schools, but added that middle and elementary grades should be separated to prevent bullying.

“We need to look at a case-by-case basis for the rest of the county,” Barbee said.

Barbee pointed to conversations about closing Faith Elementary School as an example of the district not communicating enough with the community. Plans to close Faith Elementary have resulted in an effort to create a new charter school — Faith Academy. The people behind the academy brought their application to the state this month for an interview and had it continued.

Barbee has some ideas for what to do with buildings, including possibly leasing facilities to other organizations to host charter or trade schools as another source of revenue that would preserve the facility and possibly allow some form of teacher and administration retention. 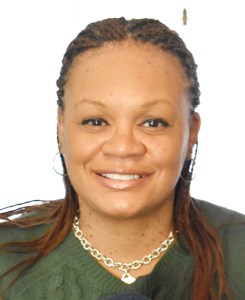 “We’re really pushing, with our budget, what we can do,” Barbee said, adding he would be interested in negotiating with outside parties once there were interested parties.

Byrd-Clark said she walked into the conversation about consolidation when she came onto the board on 2016 and that it has been a major topic of discussion for years.

After receiving information from the district about funding, upkeep and the number of empty seats in schools, about 5,000 in a district that currently serves about 18,000 students, Byrd-Clark said she believes the board needs to act on that information.

Byrd-Clark said the board needs to make the best decisions possible on whether to close or consolidate schools to save the district money and eliminate buildings it does not need.

After Byrd-Clark came on the board, district administration created a chart through a capital needs committee that assessed facilities on based on maximum capacity, enrollment, capital needs, age of a building and utility cost to determine which schools would most merit closure.

“I think it is in the best interest of our district to start consolidating some of our schools,” Byrd-Clark said.