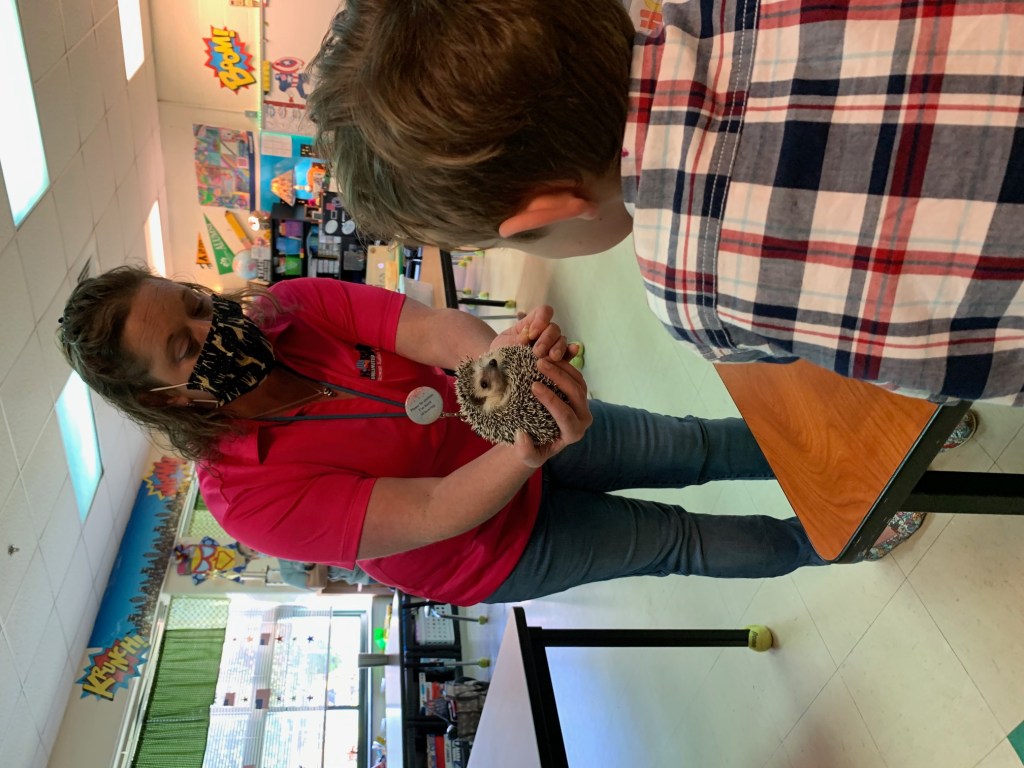 SALISBURY – Horizons Unlimited would normally have students come to its facility for a range of experiential, science-focused learning programs. This year, it is going to schools.

That change is due in part to the fact that field trips are suspended in Rowan-Salisbury Schools, that the district wants to avoid mixing cohorts of students in other facilities and that Horizons has become the hub for the K-8 virtual academy. The site would normally host students for science learning on everything from physics to animals.

Horizons staff have created an experience guide for this year that outlines what is available to schools. Some of the lessons can be taught outdoors, indoors or virtually. Instructors have been busy heading out to schools so the show goes on for the longstanding institution.

“We knew the schools wouldn’t be able to come here for field trips, so we were trying to figure out what we could do for the schools,” Meyer said.

Lessons involving animals are particularly popular. Lower grade students get to meet and learn about the habitats of some of the animals kept at the facility. For higher grade levels, there are lessons on adaptations and ecosystems.

Students learn about adaptations, including how a hedgehog can curl up into a spiny lump to fend off predators. Horizons also brings out two types of tarantulas, snakes and Madagascar hissing cockroaches.

Horizons naturalist Haylie Dixon said the lessons tie in with grade level standards. The nature-based lessons also cover flora. Dixon said Horizons was at Millbridge Elementary School this week for a program that takes students outdoors to explore nature on their own campus.

Dixon is also head of the greenhouse at Salisbury High School and she wants to get students from the botany program involved once she has prepared it for students.

On the whole, Dixon said the outreach programs are a positive change.

“Schools are actually wanting to get kids outside more than they have ever wanted to before. So it has really drawn teachers to our programming,” Dixon said.

There are some challenges with the program because of the pandemic. Animals have to be carefully packed and transported to schools. Horizons has also had to create activities that allow students to stay 6 feet apart and not touch things.

“You want the kids to touch the furs, look at skulls and touch the animals, but they can’t,” Dixon said. “Still trying to find a way to keep kids engaged without having that physical touch of certain objects, that has been a big adjustment. Normally we have a lot of hands-on activities for them.”

Meyer said Horizons anticipated the animal programs would be popular, and those are almost booked up for the rest of the semester. However, there are still some openings available for history and space programs for interested teachers.

Horizons Director Amy Pruitt has also taken on becoming principal of Summit Virtual Academy. Pruitt said there is not as much in the physical space to manage right now, but the district is still using Horizons facility for other purposes related to the virtual school, including testing and training as needed to safely distance.

“For the month of September, we’ve been supporting the departments that have needed space,” Pruitt said.

Pruitt credited her staff for keeping the programs going, saying the legwork they put in during the spring and summer to prepare has paid off.

“I still meet with the staff, but they know what needs to be done,” Pruitt said, adding staff continued to plan even while delivering summer camp material.