SALISBURY — Democrat and former history teacher Keith Townsend hopes to use his “working knowledge of the issues” to prioritize education-related issues if elected to the N.C. House.

Townsend, a political newcomer, is challenging Rep. Julia Howard, a Republican who’s served in the state House for nearly 30 years and is seeking her 17th term, in the House District 77 race. Howard has represented the district, which comprises both Rowan and Davie counties, since 2018.

Townsend is a former history teacher who taught at West Rowan High School. As a teacher, he’s traveled a lot, which has opened his eyes to many things, he said. 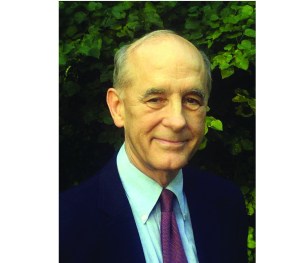 Additionally, Townsend said, many of the private, religious schools bar certain students from attending, but parents are still paying taxes for these voucher programs. This represents a “blatant example” that church and state need to be separated, he said.

“Schools are a service to the community,” he said. “They’re not a commodity to be sold.”

Townsend is among the list of Democrats that have been endorsed by the North Carolina Association of Educators. The NCAE has also endorsed Salisbury Mayor Pro Tem Al Heggins, who’s challenging Rep. Harry Warren for House District 76, along with Tarsha Ellis, a political newcomer challenging Sen. Carl Ford for Senate District 33.

As someone who lives in the rural area of Mount Ulla, Townsend supports broadband expansion. He also supports Medicaid expansion. He said because most of Medicaid is funded by the federal government North Carolina is losing out on millions that could lead to more jobs. He said taxpayers are still paying taxes and seeing funds for Medicaid go to other states.

“We should focus on the needs of poor people,” he said.

Townsend also supports working to solve environmental issues like climate change, which “we’re living in now.” He said his daughter lives in Oregon, close to where the wildfires are raging across the West Coast, and said state lawmakers have rejected the science on climate change.

Townsend said he’s worked on campaigns before, dating as far back as 1972, but didn’t expect to run for office himself. Nonetheless, he’s glad he decided to do so.

Though he’s aware of the district’s primarily Republican makeup, he believes in having contested elections.

“That’s the way the system was designed to work,” he said.

Townsend entered the race in late July when local Democrats nominated him to challenge Howard after her opponent, who advanced through the primary without competition, dropped from the race.

His campaign has essentially been virtual, with the exception of a drive-thru event held in Mocksville last weekend. His campaign team has conducted traditional phone banking and promoted Townsend’s campaign on social media.

Townsend lives in Mount Ulla with his wife, Karen, who is also a retired teacher. They have two adult children.

Rowan tied for fifth among counties for most COVID-19…