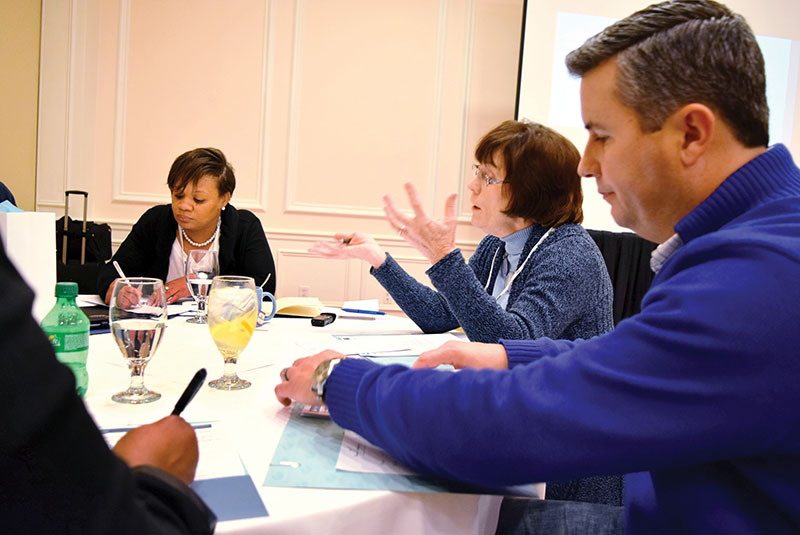 SALISBURY — While her name will remain on the ballot, Susan Cox is bowing out of her bid for a third term.

Cox, a retired teacher, originally did not intend on running before the COVID-19 pandemic reached Rowan County, but she later filed for re-election to the Southeast Area seat, citing the timing of her exit as poor. She said no one else had stepped up to take her position and there were important decisions being made by the board.

Cox told the Post Tuesday she is now directing her supporters to get behind Jennifer Studer, a local nurse who said she filed the day before the filing period ended. Cox said Studer’s views are the same as hers and that she is a good person to move the district forward.

Cox and Studer said they met to speak about the election after the Post published a candidate profile about Studer on Aug. 19. It was then, the candidates said, that Cox agreed to funnel her support to Studer. Absentee ballots, however, are already being sent to voters. So, it is too late to get Cox’s name taken off the ballot.

“I feel very comfortable that she will move the district in the direction we need to go,” Cox said. “I’ve appreciated, very much appreciated, having the privilege to serve the county and the school system, but I feel that really there is no need for Ms. Studer and me both to compete for this seat.”

Cox said she is happy about the way things are likely to end and that she has enjoyed most of her time on the board.

“It was a highlight of my life,” Cox said.

Studer said she was excited when Cox called her and that said she did not expect to have a chance against Cox beforehand.

“She brings the experience. I lack that,” Studer said. “I didn’t honestly think I had a chance against her.”

Studer said she feels good about the prospect of being on the board and stronger in her judgement than when she was initially considering a run.

“I do think that I would do a good job,” Studer said.

Studer said she believes in public education and wants to improve the district. She wants the community to be proud of the school system. Studer added that she wants to support teachers and staff.

“I feel like teachers sometimes feel they don’t have a voice,” Studer said.

Studer’s son, Stellan, just started kindergarten in RSS. She cites him as one of her initial reasons for running. Studer said she is surprised how well he is doing with wearing a mask.