SALISBURY — Rowan County government is losing its assistant manager to retirement and the director of its largest department to a new job.

Finance Director Leslie Heidrick is retiring at the end of the month. And Donna Fayko, director of the Rowan County Department of Social Services, in October will start a new position as New Hanover County’s director of health and social services. Both directors were honored at the Rowan County Board of Commissioners meeting on Monday evening.

Commissioners Chairman Greg Edds said as he learned the nuances of the job, perhaps no county staffer was more helpful than Heidrick.

“As commissioners, none of us are government folks. We’re all from the private sector. Folks expect us to know everything, but we don’t,” Edds said. “Folks like Leslie are really important because they can walk us through one of the most important things that we do which is manage county finances.”

Since being hired as Rowan County finance director in 1997, Heidrick has helped advise 19 county commissioners and four managers while ensuring that the county’s budget and general finances were in order. After more than two decades as finance director, Heidrick will be officially retiring on Sept. 30, exactly 23 years and one day after she started.

“I am so grateful and feel privileged to have been apart of Rowan County government for 23 years,” Heidrick said after being honored at the board of commissioners meeting on Monday night. 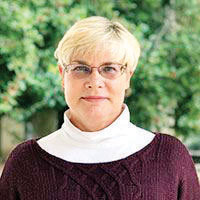 During her career with Rowan County, Heidrick managed a general fund budget that started at $74.7 million in 1998 and grew to $169.1 million in 2020. Heidrick closed debt issuances totaling $284.2 million, which helped in part to finance four new elementary schools, a middle school, a new library, park habitat renovations and a variety of other county developments. Under her watch, the county received a certificate of achievement of excellence in financial reporting for 15 consecutive years.

“As technology continues to migrate and upgrade, she’s kept in line with that with new software systems and trying to merge the county onto one system,” Edds said. “Her leadership has been integral in doing that.”

Sides was also involved in hiring Fayko as director of the Department of Social Services in 2012 and has served on the department’s board for years.

“She was one of the top candidates,” Sides said. “I think we made an excellent choice back then.”

After serving as director for eight years, Fayko is leaving to accept a position as the director of Health and Human Services Consolidated Agency for New Hanover County starting on Oct. 6. The opportunity with New Hanover is the next progression in Fayko’s career, which started in Mecklenburg County where she worked in social services for over 20 years.

“She’s not a diamond in the rough,” said Dee Dee Wright, who serves on the social services board. “She is the diamond and I’m so saddened by her leaving. We all are.” 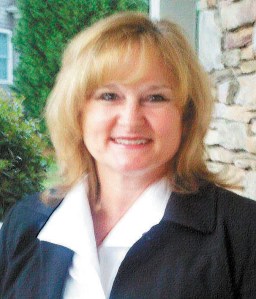 When Fayko took over the reins of Rowan County’s largest department less than a decade ago, she immediately worked to improve its reputation.

“She set our reputation back on track as an agency that protects children and adults,” Wright said. “She made sure that those who need services, whether they’re seniors or wards of the state, were taken care of. She never missed a beat.”

One of Fayko’s top priorities was improving how the department dealt with trauma, both in children and adults.

“The area that I’m very proud of is my trauma work,” Fayko said. “Children who have been abused and neglected have experienced trauma in their childhood and had adverse childhood experience. We have instituted trauma-informed practices here at DSS where we are assessing the children, not only what happened to the children, what their diagnoses may be, but we’re looking at what trauma they’ve experienced so that we can ultimately choose the best treatment option to help them heal and build resilience.”

As director of the department of social services, Fayko acted as ward for 61 legally incompetent adults and 250 foster children. Serving as their steward, Fayko said, was the most important part of her job. In that role, Fayko was forced to make life-altering decisions for people who could not make those decisions themselves.

With Fayko leaving, the Department of Social Services Board will have to fill her vacant position. The county is now accepting applications and will give priority to those who apply before Oct. 19.

Although the vacancy left by Fayko may prove difficult to fill, the department is in good hands with the team she trained, Sides said.

“Donna has done such a good job training her support staff, so that even when she leaves, I feel like we’ll be in good shape with the staff that she has trained,” Sides said. “She’s done a super job giving them additional education and getting them up to her level.”

One of Fayko’s last acts as director was hiring Micah Ennis as deputy director, replacing the departing Rae Alepa.

Being appointed to deputy director is a promotion for Ennis, who has worked in various positions in Rowan County’s Department of Social Services. Most recently, she was the program manager in the Social Work Services Division.

Fayko said that she will be working with Ennis on a transition plan as she moves on and the county begins its search for a permanent director.