SPENCER — A suspect wanted in a Charlotte attempted murder investigation was arrested in Spencer and is now in the Mecklenburg County jail.

The Special Investigation Unit and Crime Reduction Unit of the Rowan County Sheriff’s Office arrested Josue Nunez-Ramirez of the 500 block of Seventh Street on Friday. 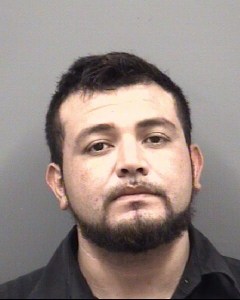 Deputies received information earlier in the week that Nunez-Ramirez was being sought by the Charlotte Police Department’s Violent Criminal Apprehension Team for an outstanding warrant on attempted murder charges. The incident occurred in Charlotte, according to Rowan County Sheriff’s Capt. John Sifford.

Deputies with the sheriff’s office began surveillance on known areas where Nunez-Ramirez frequented and were able to apprehend him Friday evening around 8:30 p.m in Spencer without incident.

Nunez-Ramirez was placed in the Rowan County Detention Center under a $250,000 secured bond. On Saturday, he was turned over to Mecklenburg County.