Area Sports Briefs: Some states flipping football back to fall 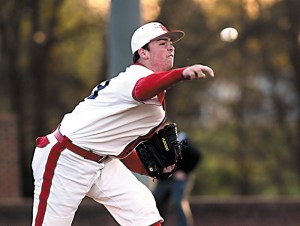 Michigan and Delaware  high schools have flipped from earlier decisions to play 2021 football and will now play this fall.

Colorado is now giving schools the option of fall or spring play. Washington is taking a long look at flipping back.

On the other side of the COVID-19 situation, New York has decided to push back the start of football from fall to March.

Twenty-seven states have played football games so far this fall, with seven more set to kick off soon.

Some of the recent waffling is due to more encouraging COVID-19 numbers.

“It’s different than  three weeks ago,” Michigan’s high school AD Mark Yul said.  “It has been, nationwide, a very successful start to the year.”

On Aug. 12, the NCHSAA announced  a plan to delay sports and play condensed seasons.

NCHSAA football is set to start  with practices on Feb. 8, with contests in a shortened seven-game schedule kicking off Feb. 26.

Volleyball and cross country contests are set to start in November, with swimming in early December.

GARS members played at the Revival at the Crescent this week.

Mauseli had closest to the pin.

Salisbury placed sixth in the 2A Wachovia Cup standings announced for the 2019-20 school year.

Spring sports did not factor in.

Carrboro edged Croatan for the championship.

Ellen Yang (Salisbury) and Abbey Nixon (Carson) drove in two runs each in a 10-3 win by Team NC.

Salisbury’s Cameron Stout (Class of 2022) was a team MVP at the Phenom All-American Camp.

Jake Brandon (A.L. Brown) is a graduate assistant at Louisville.

Cannon Ballers news release KANNAPOLIS –  In a tribute of those whose actions made them heroes in our lives, the Kannapolis... read more