Former East Rowan High School head baseball coach Brian Hightower and former RSS administrator Kathy Sanborn are both vying for the seat being left by incumbent Josh Wagner and take different approaches to the issue. Wagner, the board vice-chair, is not running for a third term, citing a self-imposed term limit and opposition to becoming a career politician.

Hightower, 49, now teaches physical education at East Iredell Elementary School and threw his hat in the race before the filing period. Hightower is known for his successful run at the helm of East Rowan’s baseball team and his controversial 2019 ousting as coach.

Sanborn, 61, retired in 2013 as the district’s director of education and started her own business in 2014. She returned to the district in temporary posts as interim principal for Salisbury High School, North Rowan Middle School, Overton Elementary School and administrator at Koontz Elementary. She also was interim director of Exceptional Children twice.

As part of its election coverage, the Post asked both candidates what they think the district should do with its special renewal status that grants it charter-like freedoms.

For his part, Hightower wants the status to go away. 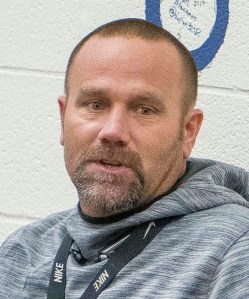 While Hightower doesn’t describe himself as a fan of standardized testing, he thinks they set a good standard for how districts are graded. They also affect who wants to move here, Hightower said. A district with poor test results is not attractive to people who may want to move here. The same is true for businesses, he said, which leads to economic impacts.

“Let’s do what everybody else in the state is and let’s compete,” Hightower said. “I don’t like standardized tests. There’s no doubt I don’t like them, but that’s the way they grade you and those test scores are important no matter what anybody says.”

Baseball is still a major part of Hightower’s life, and he drew a comparison between eliminating standardized testing and playing baseball without keeping score.

Hightower says he does not think anything positive has come out of renewal.

“I was at East Rowan before Dr. Moody got in here, and we were blowing test scores out of the water,” Hightower said.

RSS Superintendent Lynn Moody, who is retiring, is a vocal opponent to standardized testing. The district is using its renewal status to explore alternate ways of assessing students and plans to roll out a pilot with short, specially designed tests called “verifiers” that show whether student has mastered a concept and is ready to move to the next level in a subject.

Standardized tests were waived by the federal government this spring amid the COVID-19 pandemic. So there are no test results for the district from last semester.

Sanborn, in contrast, made no mention of wanting to discard renewal. Sanborn says she likes the flexibility renewal gives the district to make local decisions. And she noted the advantages of the district being able to set its own calendar. 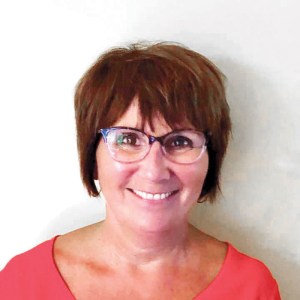 “Calendar and schedule has been a nightmare for years,” Sanborn said. “Even when I was director of high schools, with high school students not finishing the first semester and having exams until late January. So that kind of flexibility is a strength.”

For most districts, the state sets the earliest possible start date in mid-August each year. Some districts can receive a waiver to start a week early if they show a need to do so. The waivers are commonly given to districts in mountainous parts of the state with more adverse winter weather.

While RSS can set its own calendar, it opted to start on Aug. 17 like most other districts in the state this year because of the COVID-19 pandemic. It started early in 2019.

Sanborn said she wants RSS to continue to operate as a district, with district-wide expectations and oversight in place, instead of a collection of schools heading in different directions.

“We can get there different ways, but we still need to have that same focus,” Sanborn said.

Sanborn said the county is relatively mobile community. If one child moved between two elementary schools without continuity, that student could lose ground during the switch.

Each school has created its own renewal plan about how it intends to use the freedoms and the district created a “directional system” that revolves around interpersonal skills, academic skills and unique life goals.

The East Area seat that Hightower and Sanborn are seeking cover the following schools: East Rowan High, Erwin Middle, Granite Quarry Elementary, Morgan Elementary, Rockwell Elementary and Shive Elementary. The winning candidate in the Nov. 3 election will receive a four-year term on the school board. While the person represents a specified district, all voters who live in Rowan County and outside of the Kannapolis City Schools district get to vote in the Hightower-Sanborn race.