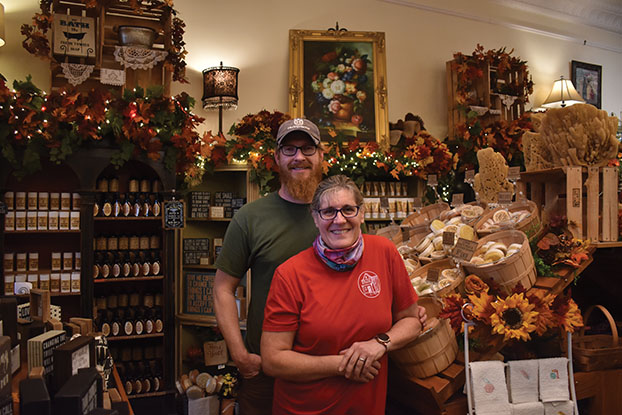 KANNAPOLIS — The deal was almost done when COVID-19 began to impact the United States.

After finding success at their China Grove location, Brent and Beth Engelhardt were ready to expand Old Town Soap Co. to another space earlier this year.

“We were, back in February, looking to go into the Carolina Mall down in Concord,” Engelhardt said. “Right as we were about to have our architect go down there and get started, COVID-19 happened and we pulled out.”

Although plans to expand were shelved for the time being, Old Town Soap announced earlier this week that it will be opening a new store in downtown Kannapolis this year. The soap shop will be one of about seven retail stores that are expected to fill a block of vacant spaces in the city’s burgeoning downtown district.

The store’s expansion is one of many moves it has made over the last decade. When the business began, there wasn’t even a store. It started with Beth making specialty soaps at home and handing them out as Christmas gifts. Then, noticing a demand for the soap, they started a location on South Main Street in downtown Salisbury in 2015, which was followed by a move to another store across the road on main street and eventually a shift to China Grove in 2018. 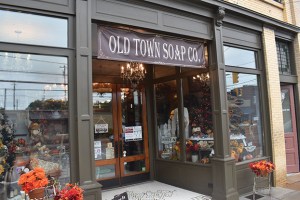 While COVID-19 stunted and shut down many businesses in the spring and summer, Old Town Soap was in a unique position to capitalize on the public’s sudden need for products like soap and hand sanitizer. The store closed its physical doors during the shutdown, but it worked to expand its online business.

“We actually did see increases over our regular, normal traffic because of what we sell and what people are looking for and because we widened our market from local areas into continental United States,” Brent said.

As many businesses were laying off or furloughing employees, Old Town Soap asked their workers to pick up extra hours to meet demand. 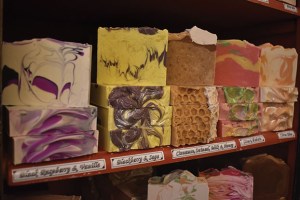 Old Town Soap Co.’s soap and hand sanitizer was in high demand during the spring and summer, when COVID-19 spurred a greater interest in cleanliness products. Ben Stansell/Salisbury Post

The soap company’s success over the last several months positioned it to expand once COVID-19 concerns somewhat abated. This time, Brent and Beth decided to check out locations in downtown Kannapolis.

“We wanted to revisit expanding,” Brent said. “We’d followed what’s going on down there for years and we decided that we’d go down there and talk to them.”

They got in touch with Kannapolis Retail Ventures and developer Ken Lingafelt. Then, the couple struck a deal for a storefront. For Old Town Soap, it was a way to replicate the success it had in China Grove by tapping into an area that is poised for growth. Brent said they are especially keen on the potential of hundreds of potential clients occupying apartments in the nearby VIDA private public mixed-use district, an area that will feature restaurants, retailers and apartments. VIDA is just two blocks away from Old Town Soap’s new location.

“With the opening of the apartments down there, a whole lot of new customers will come to our store that way,” Brent said.

Lingafelt said that Old Town Soap is exactly the type of business that his company is hoping to add to a growing roster of new developments downtown.

Brent said that the company plans on its Kannapolis location being open in time for one of its busiest seasons — Christmas.

“They tell us it should be open sometime in the month of November, so that’ll be exciting,” Brent said. “We’re hoping to catch Black Friday and Christmas down there.”

As of now, the company doesn’t have plans to hire new employees to staff the new shop, but it could revisit that depending on how successful the location is. The Kannapolis store will carry many of the same products as the store in China Grove, but will feature a smaller selection.

By Aaron Beard AP Sports Writer This weekend’s game between No. 12 North Carolina and Charlotte has been canceled after... read more