Suarez looking for a new ride after parting with Gaunt Brothers 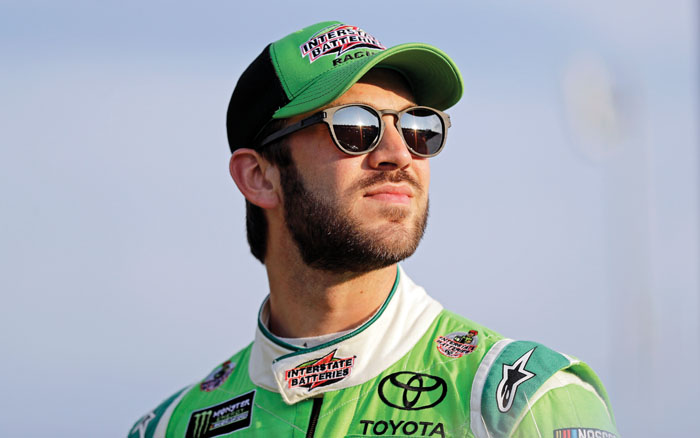 Daniel Suarez, shown in 2018, is looking to drive for a new team. (AP Photo/Chuck Burton, File)

CHARLOTTE (AP) — Daniel Suarez, who landed a ride two weeks before the season-opening Daytona 500, will not return to Gaunt Brothers Racing next season and is seeking a new team for the third time in three years.

Gaunt Brothers said Tuesday it was a mutual decision for the Mexican driver to leave the team. Suarez will finish the year in the No. 96 Toyota Camry.

“I’m extremely thankful to my entire Toyota family for everything they have done for me, especially this year,” Suarez said. “I will always be grateful to them for having my back.”

Suarez has struggled with Gaunt Brothers, which is in its first full season of Cup competition. The team failed to make the Daytona 500 and Suarez i s ranked 31st in the standings.

He adds his name to a long list of drivers looking for jobs in 2020, which includes Bubba Wallace, Erik Jones, Corey LaJoie and Kyle Larson, who has been suspended since April for using a racial slur. There’s been speculation Suarez could move to Richard Petty Motorsports in the seat Wallace is vacating at the end of this season.

“I have given 100% of myself to this team since day one, and I will continue to give 100% until the last lap at Phoenix,” Suarez said. “My goal has always been to win races and championships, and that will never change.”

The 28-year-old from Monterrey, Mexico, has had a tough run since winning the 2016 Xfinity Series championship driving a Toyota for Joe Gibbs Racing. He was promoted to the Cup Series following the unexpected retirement of Carl Edwards but got just two seasons in the car before he was pushed out when Toyota needed a seat for Martin Truex Jr.

Suarez landed at Stewart-Haas Racing after he was dismissed at Gibbs, but he got just one season in the car before the team promoted Cole Custer. He learned during the season finale weekend that he was out of his job at SHR.

His long relationship with Toyota helped Suarez get the job with Gaunt Brothers, a team that began in the NASCAR K&N Pro Series in 2010 and the Canada-based NASCAR Pinty’s Series. The team ran 15 Cup races in 2019 — 14 with NBC analyst Parker Kligerman as the driver.

“The entire team is very appreciative of the effort Daniel has put forth. He has helped build the foundation we need for next season,” Marty Gaunt said.

“It’s a big jump to go from a part-time schedule to a full-time schedule, especially this season as we all dealt with the challenges of a global pandemic.”

“We’re laying important groundwork for improved goals next year that, ultimately, sets us up for success with the NextGen car in 2022,” Gaunt said. “We’re taking a methodical, long-term approach to our future and the next driver of our No. 96 Toyota will be an integral part of that development.”

This story has been corrected to show that Daniel Suarez lost his job at Joe Gibbs Racing to Martin Truex Jr., not Erik Jones.