Man dies after attempting to cross I-85 on foot 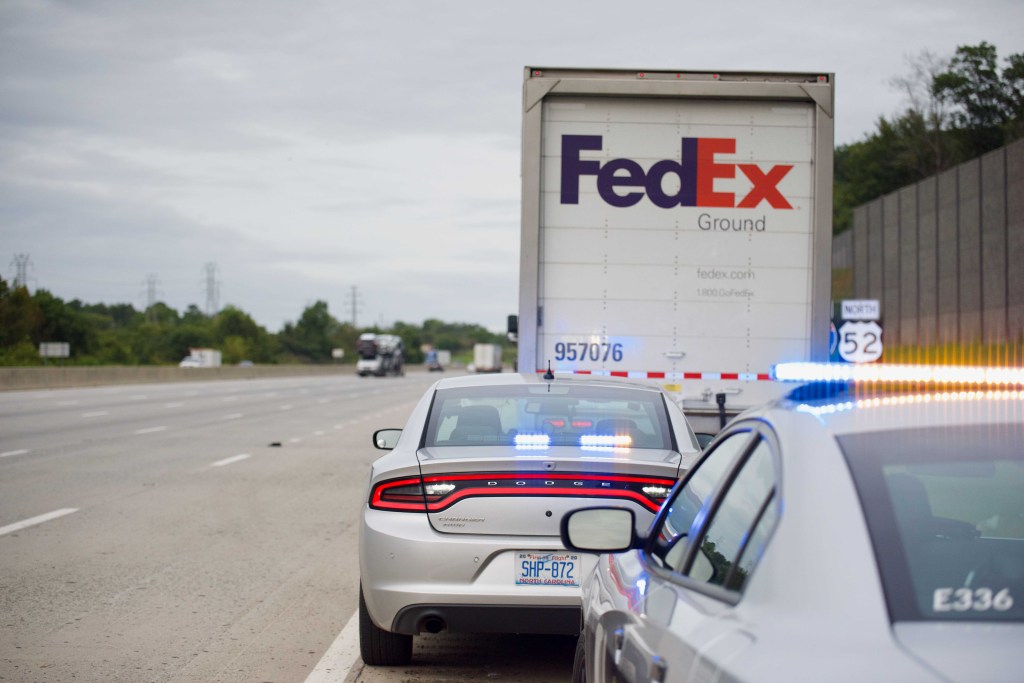 Carl Blankenship/Salisbury Post - Highway Patrol vehicles and the FedEx truck that struck a man who was trying to cross I-85 remain on the side of the interstate Wednesday. The man was killed.

SALISBURY – A man was struck and killed on Interstate 85 near the north on-ramp from East Innes Street on Wednesday.

N.C. State Highway Patrol Sgt. Joe Leonard said Gabriel Ray Basinger, 44, of China Grove, darted across the on-ramp where it merges onto I-85 and stopped at a thin piece of grassy median. The man then attempted to cross the interstate and ran into the side of a FedEx truck, Leonard said.

Basinger died on the scene and was transported by Rowan County EMS to Novant Health Rowan Medical Center.

Leonard said the investigation has not determined why Basinger was attempting to cross the interstate.

Leonard said it is unlikely any charges will be filed. Highway Patrol called investigators to make sure the truck was in compliance with federal regulations.