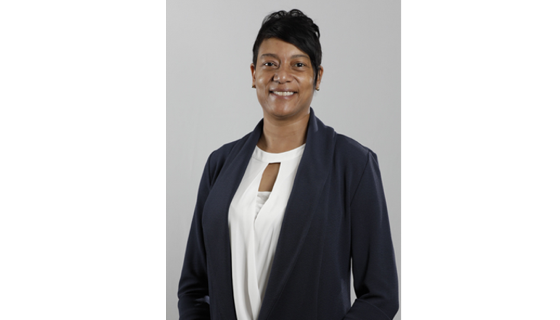 SALISBURY — Political newcomer and lifelong Rowan County resident Tarsha Ellis says she’s excited to use her corporate retail experience and bring something different to Raleigh if elected state senator for the 33rd District.

Ellis, a Democrat, is challenging incumbent Sen. Carl Ford to represent a district that covers Stanly and Rowan counties in the N.C. Senate. She had been approached by members of the local Democratic parties to challenge Ford and ensure he wouldn’t be running unopposed before finally filing in December. And since she’s always had a personal passion for politics, she was excited for the challenge.

“My family was supportive and excited,” she said. “It takes a lot to put yourself out there and file for office.”

In March, she beat fellow Democrat and Rowan party chair Geoffrey Hoy in the primary election, when she received 7,085 votes, or 56.68%. Hoy received 5,414 votes, which was a little more than 43%.

Ellis says she’s dedicating her political run to her late mother, Willie Mae Ellis, who she said helped at the polls during elections and registered people to vote at the family’s own kitchen table.

Other issues she values with her platform include increasing teacher pay, working to provide affordable and accessible health care and expanding Medicaid.

Another issue she said is important to both Stanly and Rowan counties is access to affordable housing, which goes beyond the implementation of government-subsidized housing. It also includes transitional housing, like apartments. And she wants to see an environment where people can live and buy groceries and gas and other things while still being able to afford housing.

And her “points of differentiation” from Ford allow her to bring new ideas and energy, which she said constituents are excited to see.

As a political newcomer, Ellis draws on her more than 20 years of experience in retail working for Ahold Delhaize, which owns Food Lion. During that time working in “corporate America,” Ellis said, she saw plenty of politics and gained skills in negotiating, making decisions and working with a variety of people in various settings.

Her food retail experience also drives her passion to mitigate food insecurity. Part of her campaigning efforts include hosting canned food drives, which helps the community and allows her to meet and hear from locals. She plans to host another canned food drive in both Stanly and Rowan counties later this month.

Amid the pandemic, Ellis has adapted her campaign strategy, like others seeking political office, by conducting traditional phone banking and hosting an outdoor socially distanced meet-and-greet event. She and members of her campaign have set up virtual phone banking from each of their respective homes. Additionally, she has volunteered to serve lunch at Rowan Helping Ministries as another way to engage with the community.

Ellis is a single mother of two, with one of her children in high school. She was born and raised in East Spencer and now lives in Salisbury. She received her bachelor’s degree from UNC-Chapel Hill.