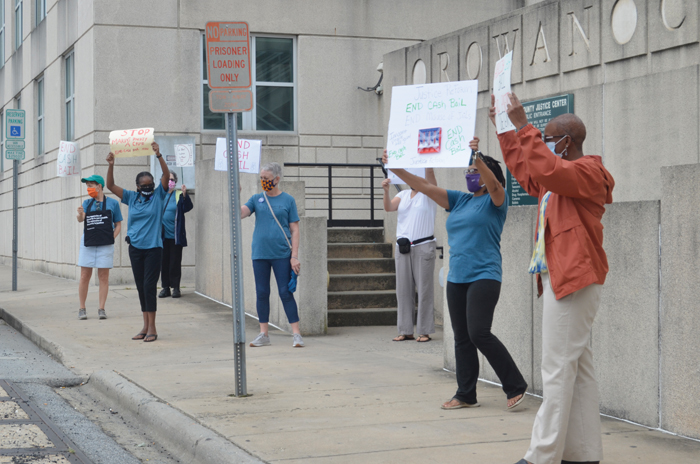 SALISBURY — Demonstrators stood in front of the Rowan County Courthouse Wednesday to bring awareness t0 what they said is the inequality created cash bails.

The small gathering was made up of members and supporters of the group Women for Community Justice. The group’s mission is to promote trusting relationships between the community and government based on principles of equity, cultural and racial respect as well as transparency in all actions and decisions. On Wednesday, the group pushed for alternative bail options.

“We are determined to continue to shed light on the inequities that exist with cash bail,” said organizer Regina Dancy.

In a statement prior to the event, Dancy said the demonstration is a show of solidarity to inmates and their families who are being negatively impacted by the cash bail system.

She said the group was not protesting against the business of bail bondsmen or trying to predetermine who should be granted bail and who should not.

“What we are trying to do is point at the fact that the ability to have disposable income should not determine whether you should be able to await trial inside or outside of jail. There should be alternative bail reform options which levels the playing field regardless of one’s income bracket,” Dancy said.

The group held up signs that stated, “Cash bail is not justice.” The group chanted to “end cash bail.”

“The purpose is to bring awareness to how cash bail criminalizes poverty. We have innocent people incarcerated and they have not been found guilty of a crime,” said Jackie Miller, board member for Women for Community Justice. “It’s also overcrowding our jails. It’s unfair to the individuals in our community to have innocent people jailed because they are too poor to make bail.”

Miller said the group wants to see an end to the cash bail system “that’s only making the bail industry richer and poor people poorer.

“The majority of people who already have to make bail are already too poor to even pay their bills and take care of their families,” Miller said.

The group had one detractor, local bail bondsman Phil Bradshaw, who stood across the street from the group. Bradshaw said the issue has nothing to do with poverty.

“I think they’re liberal, and I think they don’t think anyone should be arrested or put in jail,” Bradshaw said. “Go ask them, what should happen to a person who commits crime. I’m not talking about shoplifting, of course. They shouldn’t be put in jail.

“What happens when they break into their house, rape their families or if they kill them or a bad wreck with a drunk driver messes them up — see what their answer still is”

Dancy said the group’s next course of action is continuing to protest and speak at Salisbury City Council and Rowan County Board of Commissioners meetings.

“This is not the end, this is only the beginning,” Dancy said. 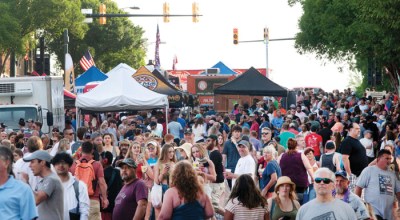