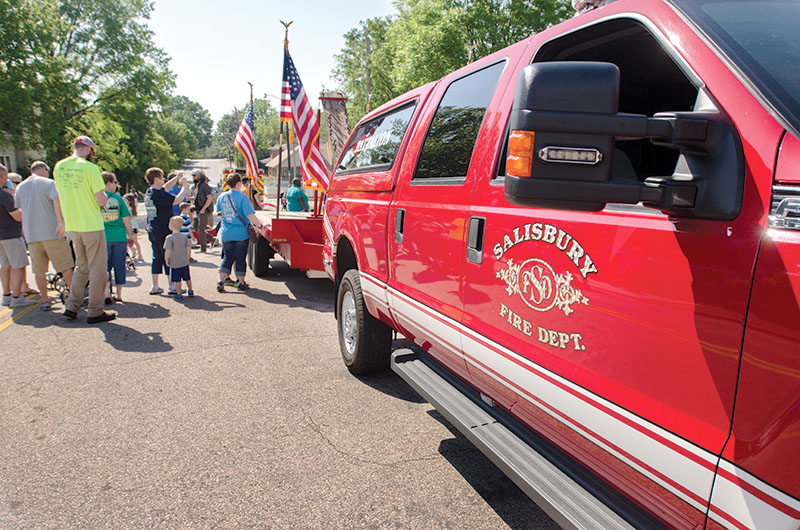 KRISTI CRAVEN/ SALISBURY POST — A Salisbury Fire Department truck carries a memorial for 9/11 at the Touch a Truck event in Downtown Salisbury on April 22, 2017.

SALISBURY — This year, the Salisbury/Rowan 9/11 Service of Remembrance will be held virtually via the Salisbury Fire Department’s social media feed.

The service will be streamed via the department’s Twitter account, which can be found here, beginning at 8:45 a.m. on Friday. Virtual attendance is encouraged and will feature all of the ceremonial tributes as done in previous years including a roll call to honor those who have died, according to the fire department.

Fire Chief Bob Parnell will provide opening remarks during the service followed by a prayer from the department’s chaplain team. The service will also include a roll call to honor deceased members from Rowan County agencies. In addition, a moment of silence will be observed for those who died in the North and South towers of the World Trade Center in New York.