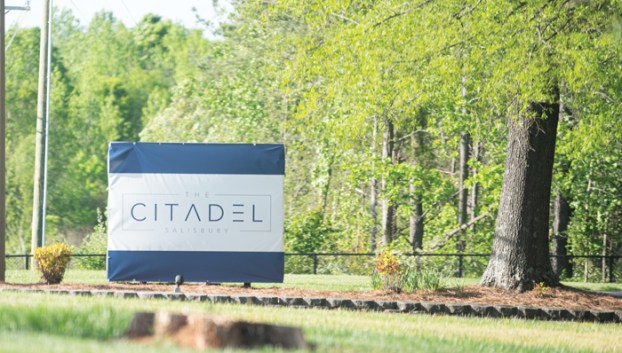 SALISBURY — An infection control “strike team” will visit Rowan County Thursday to examine the outbreak at the Citadel as COVID-19 continues to ravage congregate care facilities.

County health officials say this is an initiative from the federal government to assist nursing homes that have seen larger outbreaks that are more difficult to control. County spokesperson TJ Brown said the team will visit three other nursing homes in the state as well. The team specifically will tour the Citadel’s facility to better understand its challenges and infection control measures.

Rowan Public Health Director Nina Oliver said it’s not punitive, and that a document will eventually be provided to all health departments to help officials learn how to better control nursing home outbreaks. Still, as Oliver said, it’s not every day that the Centers for Disease Control and Prevention comes to N.C.

The Citadel’s first outbreak of cases was the largest outbreak in the state, reaching 168 cases and 21 deaths before being declared over on July 8. A second outbreak emerged on Aug. 27, and there are currently seven cases there.

On Wednesday, the county reported the 27th COVID-19 death among someone outside of a congregate care facility. This brings the county’s toll to 81 deaths, with an average age of 80.

County data show 185 active cases among seven local facilities, while the latest state data show 190 active cases. The difference could be due to people who are not considered Rowan County residents.

There is cluster of five cases remain at North Hills Christian School. Ten cases have been reported at St. Peter’s Lutheran Church Preschool.

A total of 2,966 people have tested positive for COVID-19, with 394 of those cases currently positive. A total of 2,491 people have recovered in the county. Hospitalizations among Rowan County residents grew by one on Wednesday and are currently at 17. A total of 196 residents have been hospitalized for the virus since March, with an average age of 63 among them.

Statewide, 179,532 people have tested positive after 2.49 million completed tests, for a positive rate of 7.1%. Data show 916 people are being hospitalized across the state, but state health officials said on Monday they’re working to resolve technical and submission issues with hospital systems’ data to report complete hospitalization data. A total of 2,958 people have died.

White residents continue to comprise more than half of all cases as Hispanic residents have made up nearly 30% of all cases. The average age among all cases is 43.3, with 899 cases among young adults aged 18-35. Zip codes 28147 and 28144 are the areas most impacted by COVID-19 as 792 cases and 663 cases have occurred in those areas, respectively.

Shavonne Potts contributed to this report.

SALISBURY — The Rowan County Board of Commissioners received a variety of plans for consolidating human service agencies at its... read more