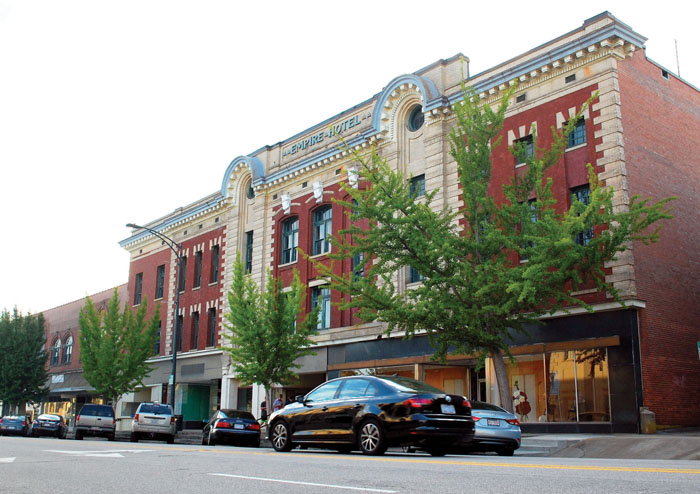 SALISBURY — The city has ended exclusive negotiations with Black Point Investments for the Empire Hotel project and will now use a task force to broaden its search for developers.

Negotiations for the project with Black Point Investments have been ongoing since 2016, with a goal of redeveloping the historic Empire Hotel into 62 market rate apartments, seven live-work apartments on South Main Street and 13,000 square feet of commercial space in the former Montgomery Ward space.

City attorney Graham Corriher said the city submitted two proposals to Black Point Investments within the previous few months. After the city and developer were unable to come to terms on the first proposal, the city sent a second and final proposal to Black Point Investments on July 16, with a deadline for the developer to accept the proposal by Aug. 7 — an extension from the original July 24 deadline.

The proposal was to “enter into a simple option to purchase the property outright with city incentives for completing the project on time.” The proposal, which included a $700,000 purchase price through Dec. 31, was not accepted by the developer.

Black Point Investments’ goal was to reach an agreement to seek eventual approval for a Housing and Urban Development program called 221(d)(4). That federal program provides a guarantee that ensures mortgage loans to facilitate the construction. The complex, lengthy process is “the only way to do most historic deals,” said Britt Weaver, principal at Black Point Investments.

Weaver said the U.S. Department of Housing and Urban Development has to ensure the developer has control of the asset, adding that Black Point Investments has been working with the city for the right to purchase the project and pay half of the mortgage, which was discounted with tax incentives. He said $30,000 has already been paid toward the overall cost of the project.

“If it were easy, it would’ve been done years ago,” he said. 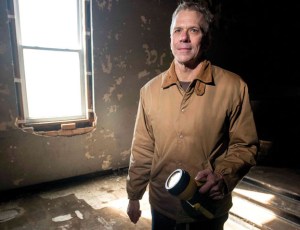 The counterproposal, submitted to the city on Aug. 7, was not approved by the DSI Board of Directors or Salisbury City Council. The counterproposal provided “a solution to get to a final Empire development decision much sooner without requiring the city to sell the property to BPI prior to the HUD closing,” stated a letter from the developer to the city.

Weaver said paying fees incentives up front matters for HUD underwriting and when finalizing the construction budget, adding that the process becomes easier when he’s able to qualify for a smaller loan. And timing becomes even more of an issue when factoring in that the HUD loan process is backed up due to the pandemic.

For now, Weaver is unsure exactly how the deal would be reconstructed.

Future proposals from Black Point Investments can be considered by the city and Downtown Salisbury Inc. Those proposals, however, may need to compete with those of other developers.

The city, along with Downtown Salisbury Inc., have formed an Empire Development Task Force to continue its search for a developer. Whitney Wallace Williams, who recently finished her term as chairperson of DSI, said there will be a meeting Sept. 16 at 8 a.m. to decide who will comprise the task force. Many people have said they want to be involved, and Williams said the task force’s goal is to ensure it’s inclusive and diverse. The task force will also work to create a vision based on its view of why the property was purchased, what type of developers should be recruited and what the city wants out of the project.

Williams said the city is less likely to move forward with Black Point Investments for the project, which she called disappointing because of the time invested with the company.

But Weaver said he’s “still definitely in the game” and hasn’t wavered in his expectations to get the deal done, adding that Black Point Investments is still a good fit for the project because it has provided concrete steps for the project with an end goal of finishing as soon as it can.

“I sold Salisbury and Rowan County to investors because I believe in it,” he said. “We’ve never walked away from a deal.”

Whoever the developer, Mayor Karen Alexander said “all this time that has lapsed is not lost,” citing positive progress with the project including two brownfield assessments, market feasibility and parking studies. Additionally, the site has been listed on the National Register of Historic Places as part of the Salisbury Historic District, listed as a local historic landmark and is now eligible for historic tax credits.

Williams said ending exclusivity puts the city in its best position for developers.

“I actually see this as a huge positive step forward,” she said. “We’re actually really excited and re-energized.”

Alexander added that since incentives are still available regardless of the developer, and as time-consuming obstacles have been mitigated, it makes the project that much more marketable right now.

At the Sept. 1 City Council meeting, representatives of the Development Finance Initiative with the UNC School of Government presented council members with market data about the demand and feasibility of future downtown development.

Rory Dowling of the UNC School of Government said at the meeting that the Empire Hotel would serve as a good model and demonstration project to determine stability and demand in the market because it would test how quickly units are leased at market price, but also because it will add about 50% more residential space. Additionally, it’s typical for multifamily housing to drive more retail development, he added.

Hannah Jacobson, the city’s planning director, said the team is now working to revise the analysis, particularly as site plans can be revised with a new developer.

“With Empire out of the ‘pipeline,’ it is still undetermined how that would affect demand projections,” she said. “Positive results would be an indicator and a signal to other developers that downtown is a healthy market for downtown apartments. Mixed or negative results could also send the reverse signal.”

Williams said DSI will be in contact with at least one other developer this week.