SPENCER — Peter Franzese will be the town’s new assistant manager and eventually take over the manager job for David Treme, the town announced Friday.

Franzese is currently the public affairs and projects manager for the city of Concord. The town of Spencer said there will be a transition period with Treme, a veteran town manager who has served in the interim role since June 2019, and that the Board of Aldermen intend to promote Franzese to the permanent manager in 2021. He’ll officially start as assistant manager in October.

As manager, Franzese will lead Spencer’s team of 25 staff in providing core governmental, planning, public safety and public works services to a town of about 3,241. Key initiatives identified in the town’s strategic plan include redevelopment of Park Plaza Center, neighborhood housing rehabilitation initiatives, development of a multi‐use site on the Yadkin River, engaging the community and prioritizing the diversity of town staff.

“I am grateful for this opportunity to serve in Spencer,” said Franzese. “At our core and no matter our role, our job as local government staff is to provide excellent service to the community—and communication plays an essential part. My current and former colleagues, as well as Concord’s managers and elected officials, have instilled in me a priority on genuine partnership with the community. I look forward to listening to community members, elected officials, and staff in serving the town of Spencer with this same spirit.” 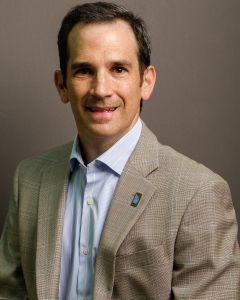 During his 12-year career in Concord, Franzese has cultivated a wide-ranging skill set and a strong commitment to public service, a news release said. After being hired by now-retired Concord City Manager Brian Hiatt in 2008, he took on responsibilities as public affairs and projects manager within two years and gained experience in contract management, media relations, website development and citizen engagement. In Concord, his department manages official city publications, digital content and social media. He also coordinates signature outreach initiatives of the city and manages the city’s relationship with providers of contracted data services and Rocky River Golf Club functions.

“Peter has been an invaluable asset to the City of Concord,” said Concord City Manager Lloyd Payne. “He continues to be the consummate professional in all that he has accomplished and prides himself on being a team player. I will miss Peter’s steady leadership, but am thrilled for this opportunity for him and wish him the best in Spencer.”

Concord Mayor Bill Dusch said Franzese’s energy, drive and knowledge along with a good sense of humor have made him an asset for the city.

“This is an exciting opportunity for Peter and I know that he will develop rapidly in his new role for the town of Spencer,” Dusch said.

Franzese holds bachelor’s degree in political science and master’s of public administration from the University of North Carolina at Chapel Hill. He has also completed the UNC School of Government’s Leading for Results and Municipal Administration programs. Peter and his wife, Chelsea, reside in Rowan County with their two children. He enjoys spending time with family, aviation, UNC athletics, tinkering with gadgets, and home and auto repair.

Spencer’s Mayor and Board of Aldermen will introduce Franzese to the community at their September 8 meeting, which begins at 7 p.m. and will be livestreamed at facebook.com/TownofSpencerNC.