Quotes of the week: ‘In shock right now’ 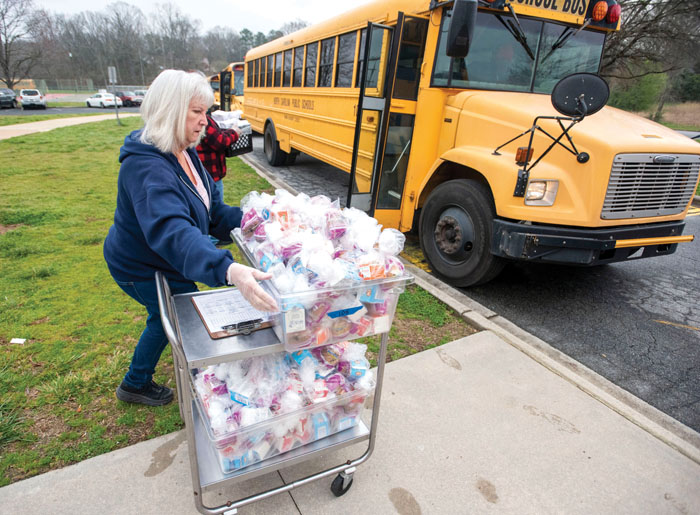 “We’re just kind of in shock right now because it has been a tough weekend, worrying about this and how we were going to do what we could do and feed as many kids as we needed to.”

— Lisa Altmann, the school system’s nutrition director after the USDA extended a waiver to provide free meals for students

“We tried to do a date night where we go out and hang out. I was like ‘You know, if we had a drive-in, we could do a date night there and maybe other people could come out.’ ”

— Linda Knight, who led the way to show films on a screen at the Rowan County Fairgrounds

“What’s special about climbing a mountain? Not a whole lot, just being able to do it.”

— Randy Santel, on eating six pounds of burrito with a couple scoops of chips to finish the Longboard Burrito Challenge at Go Burrito

“I am thrilled that the National Park Service recognizes the potential that we have in restoring and rehabilitating buildings in our historic downtown.”

“We all have different levels of comfort with ambiguity and uncertainty. This is a case where we just have lots of uncertainty.”

— David Nelson, Catawba College president on the most challenging part of the COVID-19 crisis being uncertainty about how it ends

“You think of this day and time, unfortunately, selfless acts are few and far between, but there are still a lot of good people in the world.”