SALISBURY — A Spencer man was jailed this week and faces felony drug possession charges that stem from a 2018 investigation.

Rowan Sheriff’s Capt. John Sifford said deputies received multiple crime stoppers tips regarding drug activity at a home in the 200 block of Goodman Drive. Witnesses said at the time they saw multiple people coming and going from the house. 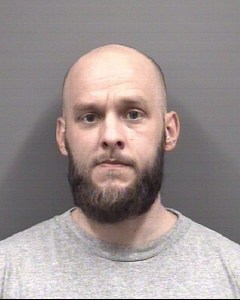 On March 28, 2018, Beck was identified as a suspect and items were seized from the home. The drugs allegedly found in the home were sent to the state laboratory for testing. Sifford said the lab tests came back after several months, and an arrest warrant was issued for Beck on April 24, 2019.

Beck was at some point arrested and held at Bertie Correctional Institute. When it was determined the warrant was unserved, he was brought from Windsor prison on Aug. 31 to Rowan County.

He remains in the Rowan County Detention Center under a $2,500 secured bond.