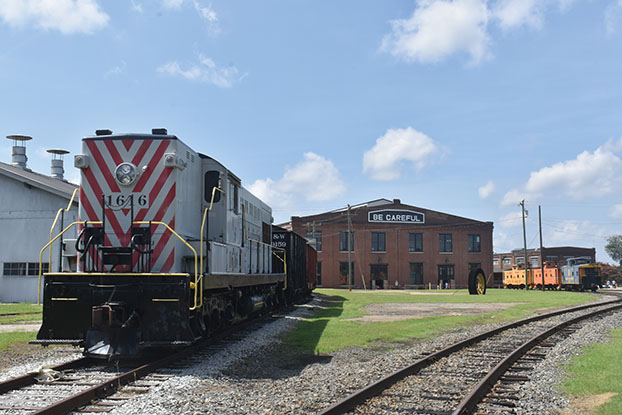 The North Carolina Transportation Museum is in line for millions of dollars from the state budget. Ben Stansell/Salisbury Post File Photo

SALISBURY — Aaron Kepley was caught off guard Tuesday when Gov. Roy Cooper announced that he would be moving the state into phase 2.5 of his reopening plan.

Cooper’s decision allows museums, playgrounds and other entertainment venues to open under certain conditions starting Friday at 5 p.m. Kepley, who serves as the executive director of Rowan Museum, said he wasn’t expecting his museum to be permitted to open for several more weeks.

“With all of the colleges and stuff having more cases, we didn’t figure we were going to open up yet,” Kepley said. “It was a surprise. A good surprise, but it was a surprise.”

Cooper’s decision will impact Rowan County’s tourism industry and leisure services. For the first time in months, locals can soon visit one of Salisbury’s 17 playgrounds or museums.

Now that museums are permitted to open at 50% capacity, Kepley is working with the Rowan Museum Board of Directors to formulate a plan for reopening.

After closing their doors in March, the Rowan Museum decided to take advantage of its circumstances by conducting repairs and improvements to several of its properties, including the main building in downtown Salisbury and its satellite locations. Some of those projects are still underway, so the museum won’t be letting in visitors once they’re permitted to on Friday.

“We don’t have a definitive plan for reopening at this particular time,” Kepley said. “We won’t be open Saturday. We’ll still need a few weeks to finish off what we’re doing and make sure everything is finished off right and then we can open up to the public.”

When the Rowan Museum reopens, it likely won’t welcome visitors back into its various historical properties just yet, Kepley said. 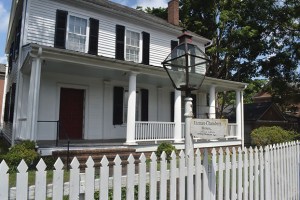 The North Carolina Transportation Museum has announced that it will be opening its museum completely starting on Saturday. For the first time in several months, patrons will have access to almost all of museum’s facilities.

After it closed in March, the Transportation Museum implemented a self-guided outdoor walking tour. The tour gave visitors a look inside exhibition buildings, but did not permit patrons to go in many of them.

The following are the buildings that will once again be open:

Admission for the museum will return to $6 for adults, $5 for seniors and military, $4 for children 3-12 and free for children under 2 years of age.

Even though it will be open for the remaining months of 2020, the Transportation Museum is unlikely to make up what it lost. The self-guided tour couldn’t make up for lost revenue due to less daily visitors and the cancelation of some of the museum’s biggest events.

That has put a dent in a tourism industry that saw a 7.5% increase in visitor spending and infused $199.05 million into Rowan County’s economy in 2019.

“Pre-COVID, the N.C. Transportation Museum was about a $22-23 million a year economic impact four tourism,” said James Meacham, the Rowan Convention and Visitor’s Bureau CEO. “To put that in perspective, based on the recent figures that came out in 2019, tourism in Rowan County is roughly $200 million in visitor spending. The Transportation Museum was directly connected to about 10% of it.”

“(The N.C. Transportation Museum’s) impact is very substantial and most of it driven by major events such as Polar Express and Thomas the Train,” Meacham said. “Not having the museum fully functioning and operating, and they won’t be full bore, we’re basically expecting the museum’s impact this year to be very minimal during this calendar year. Without having Polar or Thomas, it’s impact will be substantially less, probably 90% less than it was in 2019.” 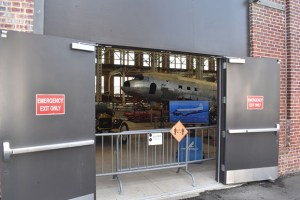 The North Carolina Transportation Museum implemented a self-guided outdoor tour in May, allowing patrons to view inside buildings from open doors along their exteriors. Ben Stansell/Salisbury Post

The Waterworks Visual Arts Center is another local exhibition that is allowed to reopen under Cooper’s phase 2.5 outline. When contacted by the Post about its plan going forward, the center’s Executive Director Anne Scott Clement said she was also pleased and surprised by the announcement.

“As an important community resource, Waterworks serves as a place where all people are welcome and invited to find respite from their daily routines. It is a place where one can find inspiration, creativity and beauty,” she said. “Engaging with art stimulates us and allows us to freely experience and ponder its beauty and wonder. Over the last several months, Waterworks’ board and staff have turned loose their creativity to reimagine every facet of our organization, from engaging our youth and adults, to reinventing fundraising events.”

In addition to allowing museums to open at limited capacity, Cooper authorized playgrounds to reopen. Almost as soon as Cooper made the announcement Tuesday afternoon, Salisbury Parks and Recreation Director Nick Aceves’ phone lit up with text messages. They were from colleagues across the state.

“Immediately, we’re yippy skippy. It’s funny, across the state, my colleagues and I just started texting each other saying ‘Yay, we get open playgrounds,’” Aceves said. “It was painful to us to close them. We understood why, but we’re rec people. We want people to recreate. We were happy people were in the parks and trails, but we’re happy people can get back on the playground structures.”

The parks and recreation department will combine forces with public works to remove the signs and tape prohibiting people from playing on the parks. Aceves expects the playgrounds, which have been vacant for several months, to quickly fill up with excited kids.

“I would venture to guess that we’re going to see more playground play now than we have in years,” Aceves said. “People are ready to explode on the playgrounds.”

All playgrounds will be inspected by public works on Friday to ensure that none of the equipment has deteriorated over the course of the summer.