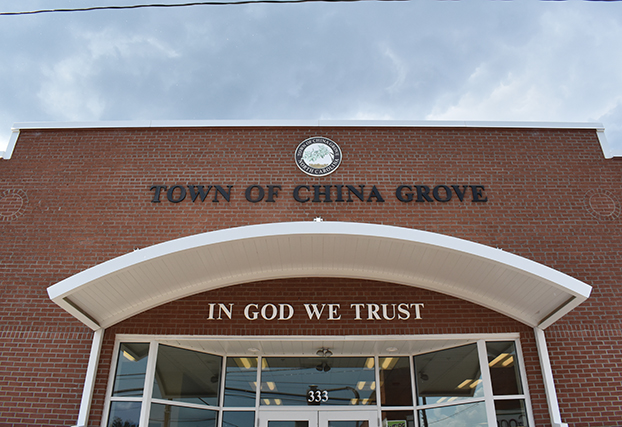 CHINA GROVE — The Town Council on Tuesday approved a conditional use permit for the expansion of Center Stage Dance Academy.

“We’ve got three dance rooms, and going to five will be so much easier,” Overcash said. “We can get more kids in and out earlier and not have to stay so late and just get the job done.”

Overcash worked with contractor Greg Ritchie, who was the official applicant on the conditional use permit request, and engineer Jamey Basinger to design the expansion. Both Ritchie and Basinger have family members who have danced in the studio, which they said allowed them to understand the project on a deeper level.

“Getting those ideas to someone and they’re able to draw them up just shows how great communication is,” Overcash said. “It’s a help having (Ritchie) as a contractor because he kind of knows how the business works. He knew what was going to work and what wasn’t.”

The expansion will add two rooms in which classes can be taught, more storage space and an extended parking lot. A new retail dance store will be added as well.

The academy has been at its current location on South Bostian Street for about 25 years.

Overcash plans on the expansion being completed by August of 2021.

Along with approving Center Stage’s expansion, the China Grove Town Council approved a conditional use permit for Ben Gable to make changes to his land in order to turn his former marine repair shop into a multi-use facility that will house his contracting and trade business as well as an office space for a hair salon. In order to approve the conditional use permit, the town council had to amend its land use plan.

“This is in the suburban residential future land use category and tonight, if you choose to approve this, you’ll have to amend the land use plan,” Assistant Town Manager Franklin Gover said when presenting the request. “It’s a simultaneous action. By approving this and amending the zoning map, (the town council) will simultaneously amend this map and the land use plan.”

The conditional use permit requests by Gable and Center Stage Dance Academy are only the third and fourth such requests the town council has considered in 2020.