Rowan County will have Sunday voting for general election 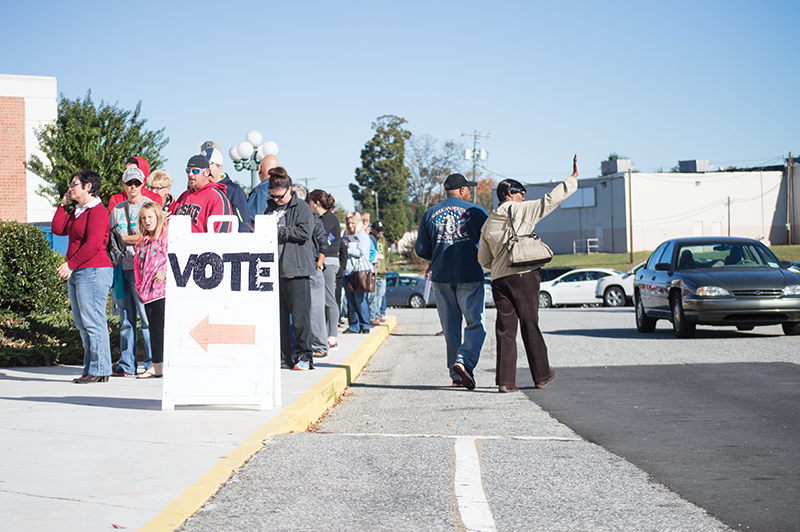 SALISBURY — The State Board of Elections on Monday voted to allow three Saturdays and two Sundays in Rowan County’s early voting period, which is set to begin on Oct. 15.

Local board of elections members on Monday represented the three different voting plans.

Local board member George W. Benson represented the majority-supported plans, which both included Sunday voting. Plan B would have allowed for early voting on all three Saturdays between Oct. 15 and Oct. 31 and two Sundays in addition to weekdays. Plan C, also termed “the People’s Plan,” is similar to plan B, except that it would allow for more early voting hours on Sundays.

Benson said more than 100 people have commented in support of “the People’s Plan” since Sunday voting became an issue in February ahead of the primary election in March.

Rowan County Board member Dave Collins represented the minority-supported plan, or plan A, which allows for early voting from Oct. 15 to Oct. 31, including all Saturdays.

Collins said plan A satisfied all of the state’s early voting mandates and provided ample voting opportunities, adding that it’s “extremely unlikely” anyone who wants to vote early won’t make the time to do so. Additionally, it would allow rest for poll workers, who are usually older in age and, as a result, at higher risk of contracting COVID-19.

Collins said Sunday voting has been promoted in a way that benefits one party over the other and benefits one particular ethnic group. He said church leaders have advocated to “whip up” the congregation and bring a bus of them to vote on Sunday.

Collins then clarified the comments advocating to “whip them up from the pulpit” have been from Black churches. He also expressed concern with long lines and wait times if such groups did gather en masse to vote.

State Board of Elections Secretary Stella Anderson made a motion to approve plan C, “the People’s Plan,” which maximizes Saturday and Sunday voting windows. The vote was tied with two in opposition and two in favor before board chair Damon Circosta voted in support, resulting in the motion carrying.

Counties must have at least one early voting site for every 20,000 registered voters. The county currently has the following sites established as early voting locations:

Editor’s Note: This story has been updated to clarify the state board chair broke the tie vote.