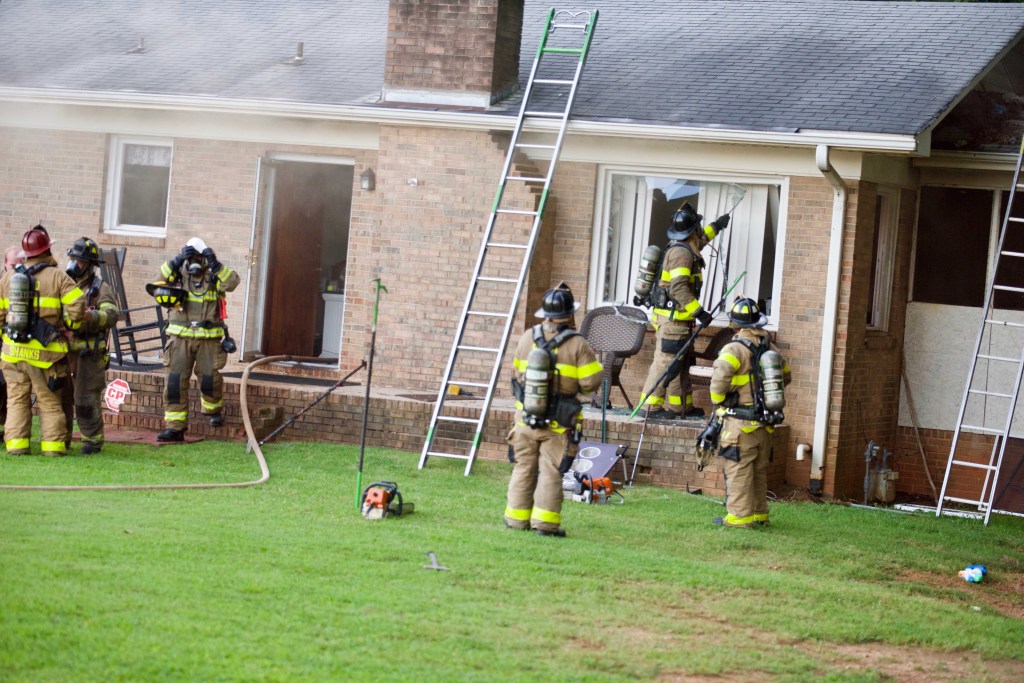 Carl Blankenship/Salisbury Post - The lower floor suffered some heat damage while the top floor was spare the fire, but did take smoke damage.

EAST SPENCER — A fire in the basement of a residence at 610 Andrews St. on Saturday night left a dog dead.

East Spencer Fire Chief Shawn McBride said the fire damaged a bedroom in the basement of the home and smoke worked its way to the second floor. The fire, which happened around 7 p.m., was extinguished shortly after firefighters arrived on scene and attacked it from the basement.

Windows were smashed out so firefighters could investigate the upper floor.

McBride said the cause isn’t known yet, and the fire is under routine investigation by Rowan County fire marshal.

A second alarm was called for additional manpower.