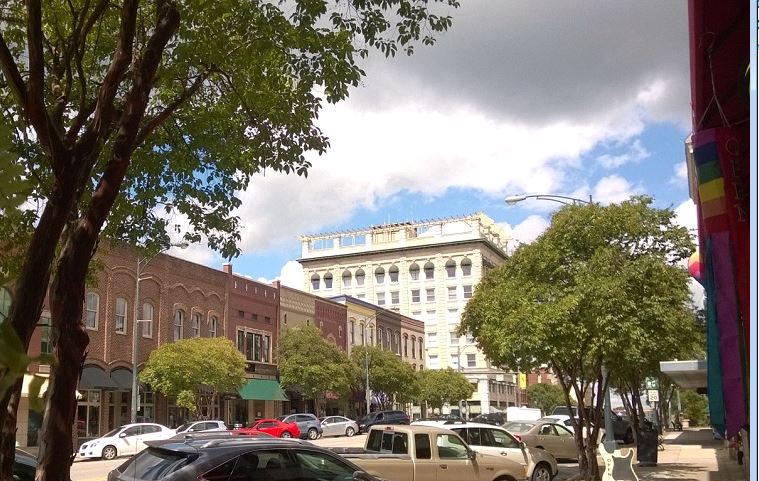 A photo of South Main Street in downtown Salisbury.

SALISBURY — The city on Friday received a $543,000 Paul Bruhn Historic Revitalization Grant by the National Park Service to support the preservation of downtown Salisbury’s historic buildings.

The funds will be used as part of a sub-grant program to help preserve commercial properties in the downtown. Located entirely within a qualified opportunity zone, eligible properties include commercial buildings within the Salisbury Historic District, with preference given to properties within one-tenth of a mile of the new Bell Tower Green park, including the 100 block of West Innes Street and the 100, 200 and 300 blocks of South Main Street (the west side of the street). The city will fund up to 10 projects that include structural rehabilitation and façade restoration of contributing commercial structures. Projects funded would focus on roof repair/replacement, structural repairs, window and door restoration and fire safety improvements.

“With Bell Tower Green coming online in the next year, Downtown is on the verge of something really exciting,” said City Manager W. Lane Bailey. “Our planning department put a lot of work into this important grant application. I am thrilled that the National Park Service recognizes the potential that we have in restoring and rehabilitating buildings in our historic downtown.”

Mayor Karen Alexander said she heard about the grant announcement Friday morning from the offices of Rep. Ted Budd and Sen. Thom Tillis and thanked them for their advocacy and results in preserving downtown commercial properties.

“This will add additional opportunities to strengthen our historic fabric in and around the new Bell Tower Park,” Alexander said.

According to a NPS press release, “A total of $4.8 million in Paul Bruhn Historic Revitalization Grants were given to eight recipients in eight states to support the preservation of historic buildings in rural communities across America.” Salisbury was the only municipality included in the award recipients.

“These grants help communities preserve their heritage and foster economic development by revitalizing historic sites and structures, including architectural and engineering services,” said Margaret Everson, counselor to the secretary.

This year marks the second year of funding for the program and the first since the program was renamed in honor of the late Paul Bruhn, the former executive director of the Preservation Trust of Vermont. State and tribal historic preservation offices, certified local governments and nonprofits were eligible to apply for funding to support preservation projects in their jurisdictions.

Congress appropriates funding for the program through the Historic Preservation Fund. The HPF uses revenue from federal oil leases on the outer continental shelf to provide assistance for a broad range of preservation projects without expending tax dollars.