Y Academy is helping fill the gap during blended learning 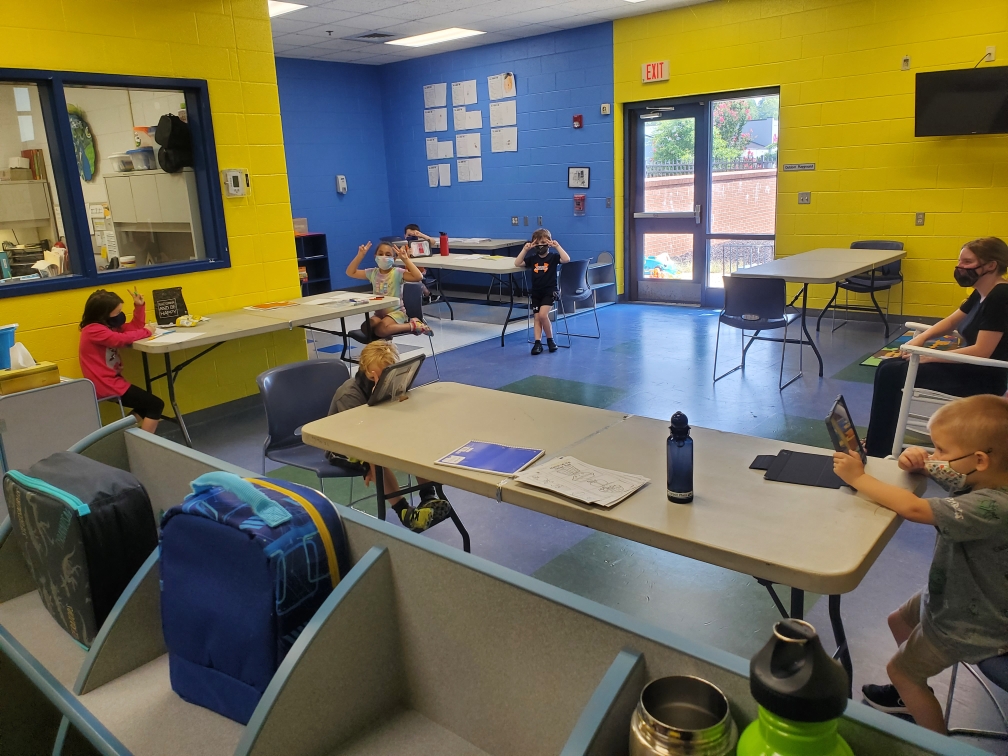 Photo submitted - Students socially distanced at the academy. Groups are limited to small cohorts which stay in one area at a time. Spaces are cleaned when groups move between them.

SALISBURY – Staff at the Hurley YMCA semi-jokingly call Jennifer Burroughs the principal these days. Burroughs says she feels like one.

The Y Academy, which can be found in some form in all six of the Rowan-Cabarrus YMCA branches, is modeled on the Y’s usual summer day camp program. The difference is the organization is now trying to provide academic support for students who are still taking on virtual class work.

Burroughs said the result is very different from the normal summer program as the staff is working out how to best offer support. Students spend the mornings on school work and get some recreation in during the afternoon before coming back around for more school.

The program is a response to re-entry plans from Rowan-Salisbury Schools, Kannapolis City Schools and Cabarrus County Schools. RSS and KCS both have blended models that place students in classes two days a week, while Cabarrus went all virtual in August. The result is more parents need child care during the school year.

Hurley Executive Director Richard Reinholz said the number of students has risen since classes began on Aug. 17. By the middle of the week, the Hurley program had 55 students enrolled, though not every student is there every day. The peak time is Wednesday, when all RSS students are not in class.

Students are placed in small cohorts, the same way they were during the summer, and spaces are cleaned as groups come and go. The cohorts are required by the state in an effort to limit the spread of COVID-19.

Students who attend the Summit Virtual Academy are in their own group because their days are different. While traditional students do not have contact with teachers when they aren’t in class, Summit students attend all classes virtually.

Reinholz said the number of virtual students is small enough there is only one cohort, but the branch is ready to create another virtual cohort if needed.

Reinholz and Burroughs agreed, the academy is a challenge and a departure from what the Y would normally be doing this time of year, but it is not a burden and the organization views the program as a service to the community.

Burroughs said it is all worth it for the families who have reached out thanking the Y for what the program is doing for them.

The Y is able to do this because its other programs are stripped back due to the pandemic. The branches are only able to provide pool access, some outdoor fitness classes and services for those with medical permission. Most of the other programming is on hold.

Rehinolz said if the district went all virtual, the program would suddenly be full.

Rowan County United Way is supporting the academy by committing funds help cover a portion of the tuition for the academy so the program can be available to more families. The commitment from the United way runs through December.