If re-elected, Sen. Ford says he will ‘hold the line on spending’ as true conservative 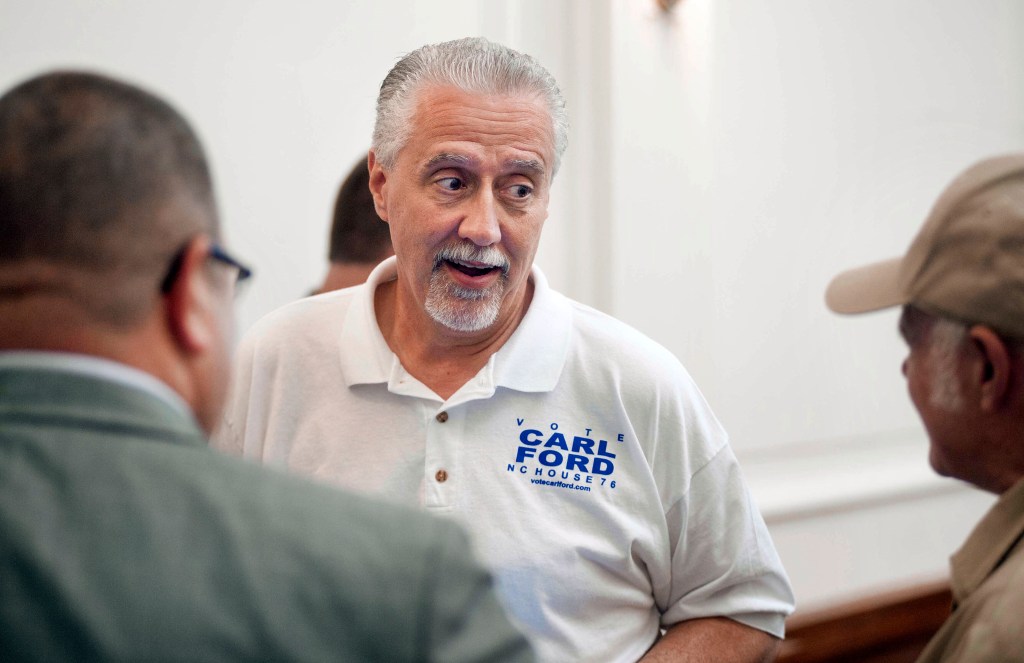 SALISBURY — Sen. Carl Ford says he’s campaigning for a second term in the N.C. Senate with a record of “holding the line on spending” and being a true conservative.

Ford, a Republican, was elected to serve District 33, which covers Rowan and Stanly counties, in 2018. Before his election to the Senate, he served in the state House for three terms, representing District 76 from 2013-18.

Ford said the failure to have a 2020-21 budget passed and the pandemic — the “Chinavirus,” as he called it — has “been a great hindrance” in seeing through the things he wanted to get done. Some of projects that have been affected include funding for the Stanly County Airport, fire departments across Rowan County, the N.C. Transportation Museum and the Veterans Memorial in China Grove. He added that the state was slated to cut income taxes and franchise taxes before the pandemic, which would help businesses looking to relocate to North Carolina and Rowan County.

“This year has been something I’ve never seen before,” he said.

Getting the money back for those various projects would help Rowan County “continue bringing home the bacon,” he said, citing progress in the county with the widening of Interstate 85, the interchange in China Grove and the Old Beatty Ford Road exit. All those projects are great for current and potential businesses, he said.

To do so, he wants to continue being conservative with taxpayers’ money.

“It’s their money that we’re spending every day,” he said. “And I take that seriously with every penny I spend.”

Ford said he’s proud to have helped restructure the board of the North Carolina Department of Transportation. He also worked with Rep. Julia Howard, R-77, to pass a bill allowing the city of Kannapolis to annex land in the Old Beatty Ford Road area, which would help the city install water and sewer lines.

Ford also helped sponsor the state’s COVID-19 Recovery Act in May, which has provided a framework for responding to the pandemic across the state.

“I like to get things done,” he said, adding that most of his work is done behind-the-scenes. “I don’t do it with a lot of flash bang.”

If re-elected, Ford said, the emergency powers bill will be changed. That bill allows the governor to declare a state of emergency, which has traditionally been used for natural disasters in the past. Ford said the powers should allow for legislative input, especially as the current state of emergency has lasted for months, regardless of who is elected governor in November — though he hopes it’s Republican challenger Lt. Gov. Dan Forest.

Campaigning has looked different this year, primarily due to the cancellation of various community events such as the Fourth of July celebration in Faith, the annual Farmers Day in China Grove and the Founders Day in Gold Hill. However, some young Republicans have continued to campaign door-to-door, along with old-fashioned phone banking. Ford said advertising will pick up in the coming weeks.

Ford earned his certificate in textiles from Rowan Tech and attended N.C. College of Textiles in Belmont. Ford and his wife, Angela, have four children and seven grandchildren. Prior to his election to the state House, he served as a Rowan County commissioner from 2008 to 2012, including a two-year term as vice-chair and a two-year term as chair.