Inmates charged with having weapon, cellphone in county jail

SALISBURY — Three inmates in the Rowan County Jail have been charged with possessing a weapon and a cellphone, both of which were found during recent searches.

The Rowan County Sheriff’s Office charged Joseph William Whitmire, 27, of China Grove, and Joshua Dimitri Clark, 28, of Salisbury, with one count of felony possession of a weapon by a prisoner. Whitmire and Clark have been in the Rowan County Detention Center since their arrests in 2017 and 2018, respectively, for murder.

On Monday, a detective went to the jail to look into the discovery of a handmade shank that was located in a jail cell. According to Capt. John Sifford, both Whitmire and Clark possessed the weapon — a flat piece of thin metal that was about 2 inches by 2 inches with a sharpened end. The other end was wrapped in an old T-shirt with pieces of latex gloves around it forming a grip. Clark and Whitmire were each issued a $20,000 secured bond.

Whitmire, who is also known as Joey Portis, was charged with the murder of 21-year-old Shawn Spry, whose body was found outside a South Link Avenue apartment. Investigators said Spry had been shot to death. He’d been reported missing by his girlfriend and mother. In August 2017, a grand jury failed to return a true bill of indictment and the murder charge was dropped.

Whitmire was then re-charged with first-degree murder and a weapons offense. 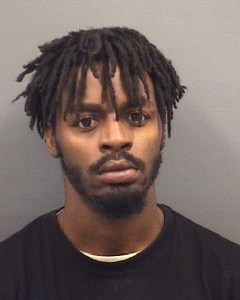 Clark was charged with the shooting death of his grandmother, Melanie Anita Clark, 62. He allegedly stole her purse and allowed friends to use her debit card at an ATM. Clark was arrested at a drug house in Rockwell. 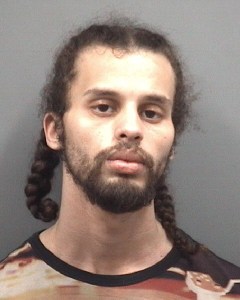 Also on Monday, another Rowan detective went to the jail about found property. During a search of a jail cell, a detention center officer found a charger and cellphone. The phone allegedly was possessed by 19-year-old Jameon Kentrell Sanders, of Salisbury, who was most recently arrested in 2019 after he was caught with two others breaking into vehicles.

Sanders, who is wheelchair-bound following a 2018 shooting in East Spencer, was searched. So was his wheelchair. The officer found a charger used for medical equipment that was rewired to charge an iPhone. Both items were found in the padding of the wheelchair. The wires were exposed to the plug port, Sifford said. 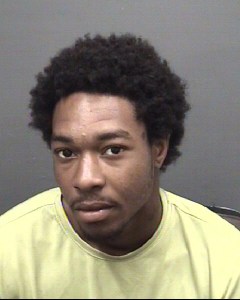 Sanders was charged with felony possession of a phone by an inmate. He was issued a $5,000 secured bond.