ROCKWELL — A South Carolina man faces methamphetamine charges after someone called police to report a suspicious person in a vehicle at a local service station. 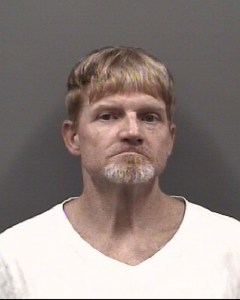 Deal, who was arrested on Sunday, was sitting in his vehicle at Sifford’s Service Station, 7920 U.S. 52. Officers were called there after receiving a call about a person who was possibly unresponsive. A Rowan deputy along with an officer from the Granite Quarry-Faith Joint Police Authority approached the vehicle to ask the driver if he was OK.

Deal said he pulled over to find his GPS device, according to the Sheriff’s Office. The sheriff’s deputy searched his database to determine if Deal had any arrest warrants while the officer spoke with Deal.

The Sheriff’s Office said the officer told Deal he needed to search Deal as a safety precaution. The officer initially did not find anything, but noted in a report that Deal pulled away when the officer attempted to search his pants pocket. Deal admitted to the officer and deputy he had some methamphetamine in his pocket. The officer found a small amount of meth wrapped in aluminum foil.

Deal admitted he had a smoking pipe in his backpack inside his car. He was arrested and the items were seized.