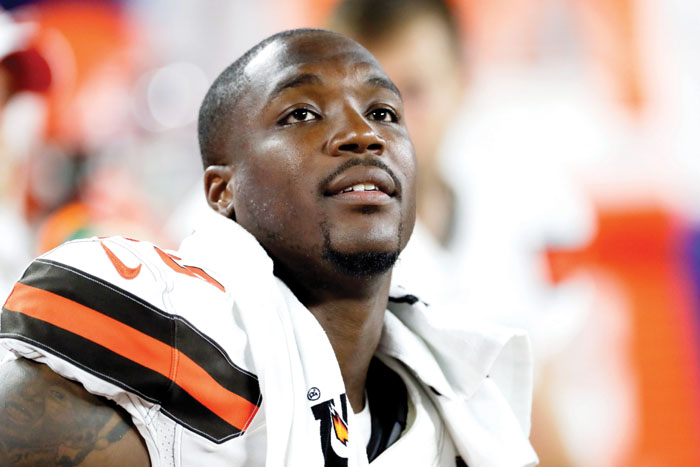 On Aug. 8, 2019, Cleveland Browns defensive end Chris Smith sits on the sideline during the first half against the Washington Redskins in Cleveland. The Carolina Panthers signed Smith in March but released him in July.

The 28-year-old former West Rowan star found a new home on Monday when he was signed by the Las Vegas Raiders.

After helping West Rowan win state titles in 2008 and 2009, Smith played collegiately at Arkansas where he had 21.5 sacks and was second team All-SEC.

He entered the NFL as a fifth-round pick by the Jacksonville Jaguars in 2014 and spent three seasons with the team.

He played the 2017 season with the Cincinnati Bengals after a trade and was a member of the Cleveland Browns in 2018 and 2019.

Smith has 67 tackles, 8.5 sacks and three forced fumbles in his NFL career. He’s started two games in six seasons and has played in 60.

Smith had three sacks as a rookie and also had three in 2017.

Harvick dominates at Dover for 7th Cup victory of…