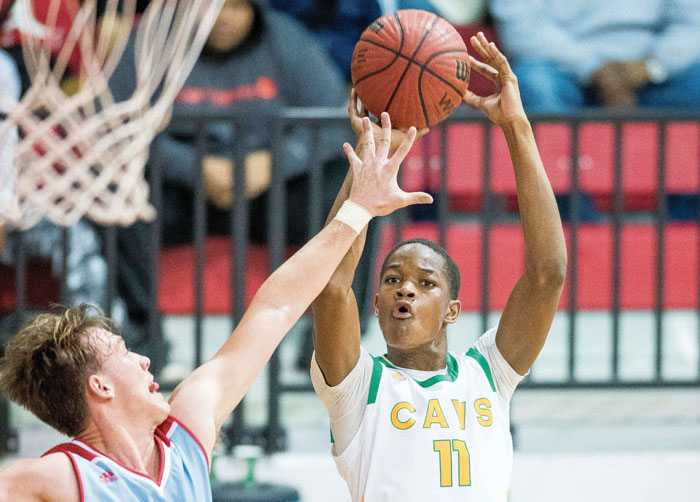 He’s on campus now in Danville, Virginia, just north of the state line.

It wasn’t easy to be recruited during a spring and summer dominated by COVID-19, but the North Rowan graduate is happy about getting an opportunity with Averett’s Cougars. He’s joining a successful D-III program that ripped off 14 straight wins last January and February, won 15 of its 17 league games and finished with a 20-7 record.

“My trainer asked me if I would have any interest in Averett, and I told him I did,” Robinson said. “He contacted them and they came down to watch me work out and they liked me. It’s a good school, and it’s not very far away. You can get there in an hour and 15 minutes.”

Averett may have landed a sleeper. Robinson has grown two inches in the past year and has sprouted to 6-foot-7.

Robinson didn’t start for Causby until his senior year, but he stayed the course while performing in a reserve role behind talented athletes and came through when he finally got major minutes as a senior. He had tallied only 94 points in his varsity career, but then he scored 276 as a senior (9.2 per game) and arguably was North’s most consistent player from start to finish.

Causby wasn’t shocked by that effort. Robinson had been his most consistent worker and performer all summer prior to his senior year.

Robinson was coming on at the end of the 2019-20 season. He scored a career-high 22 points in the Yadkin Valley Conference Tournament championship game.

It also was Robinson who calmly drained the buzzer-beater that won the Cavaliers’ first-round game in the state playoffs. He also had 22 points in that outing.

Robinson was one of a handful of Rowan seniors who made all-county in football and basketball. He had 37 catches for 433 yards and three touchdowns as wideout for the Cavaliers.

“I had an offer from Methodist for football,” Robinson said. “I’m actually kind of missing football right now. This is the time of year when we would be on the field.”

Robinson, who aspires to have a career in physical therapy, has spent most of his time since last season ended working on his high-post shooting and passing.

Based on Averett’s returning roster, he’ll be the team’s tallest player, so he has a chance to make an immediate impact.

“His skill set has really improved over the last two years, and he’s also continued to grow,” Causby said. “The sky is the limit for him.”