Stansell comes to the Post after graduating from the University of Alabama with a bachelor’s degree in journalism and creative media as well as a bachelor’s in environmental studies. While in college, Stansell covered a wide range of news around campus as a reporter for its student newspaper the Crimson White, WVUA 23 and the Tuscaloosa News. In his senior year, he served as managing editor of the Crimson White.

Although he considers Alabama home, Stansell was born in Colorado and spent several years living in Louisiana. 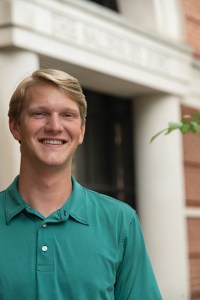 Editor Josh Bergeron said Stansell quickly has jumped into telling stories that about the people and places in Salisbury and Rowan County.

“Ben is a talented, young journalist that we’re excited to have in the newsroom. He’s done a great job in his first few weeks on the business and county government beat,” Bergeron said.

Stansell says he’s always available to chat about anything SEC football-related and is constantly on the hunt for delicious food.

If you have tips, story ideas or feedback, contact Stansell at ben.stansell@salisburypost.com or call 704-797-4222.

Stansell fills a role previously held by reporter Natalie Anderson, who has moved over to covering city government and politics. Former reporter Liz Moomey left in May for an opportunity in eastern Kentucky with the service program Report for America.