Racing with recyclables: Kids use ingenuity to craft boats from reusable plastics 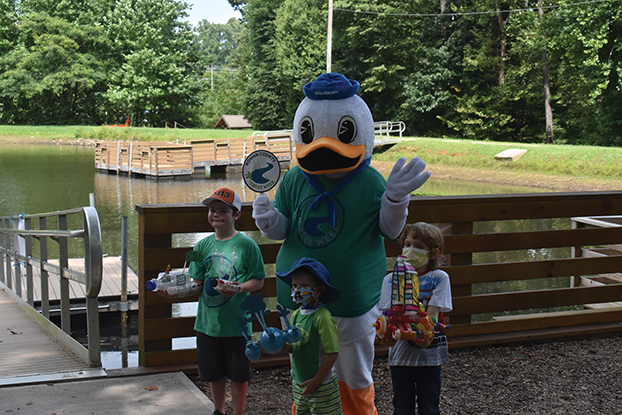 Jack Hannah, Silas Everett and John Tucker pose with their boats after competing in the Recycle Regatta. Ben Stansell/Salisbury Post

LANDIS — Kelli Isenhour didn’t know if the Recycle Regatta that was held on Sunday afternoon was going to happen.

At least, not in person.

“Particularly with COVID this year, we knew the kids could build their boat at home, do it virtually and depending on what was going on with the disease, they could video it,” said Isenhour, education coordination for the Rowan Soil and Water Conservation District. “We thought it was an activity that could be a virtual thing.”

Fortunately, kids and their parents were able to gather around the lake in Lake Corriher Wilderness Area to launch the boats they crafted from recyclable materials. The event taught children that many single-use plastics can be used for other purposes, even to build a boat. Since the event was held outdoors, there was plenty of room for kids and their families to follow social distancing practices.

Although this is the second Rowan County Creek Week — a seven-day event designed to promote water resource awareness — Sunday was the inaugural Recycle Regatta. Isenhour said she pleased with the results in year one of the event.

“They did really good,” Isenhour said. “Everybody floated and the creativity was awesome.” 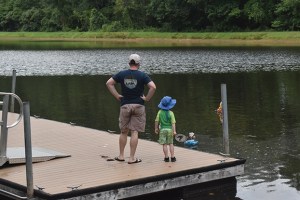 Silas Everett and his dad Seth Everett watch as his boat floats across the lake. Ben Stansell/Salisbury Post

The boats in this year’s competition were colorful creations composed of everything from water bottles to milk jugs. One vessel was motorized and featured a lego sailor on top.

Boats won awards such as “most likely to be used by a pirate” and “best engineered.”

John Tucker’s vibrantly-painted boat, which he named Hydrofly, took home the prize for the “boat that deserves to be in an art museum.” He worked on crafting and painting the vessel for several days leading up to the competition and said that the idea behind the boat came from his imagination. His boat was a combination of pill bottles, a milk jug, a soda bottle and baby food caps. 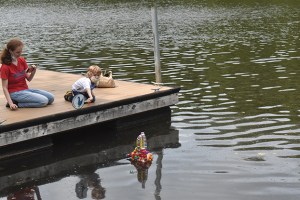 John Tucker fans his boat in order to help it launch out into the lake. Ben Stansell/Salisbury Post

• Most likely to be used by a pirate: Jack Hannah

Isenhour said Recycle Regatta will be a part of Creek Week events for years to come.

The Recycle Regatta was coordinated by HDR engineering, city of Salisbury Stormwater Services and Horizons Unlimited. For a full list of Creek Week events, go to rowancountync.gov.

Back in the building: Some private schools restarted earlier,…