Second half of RSS students make return to in-person classes 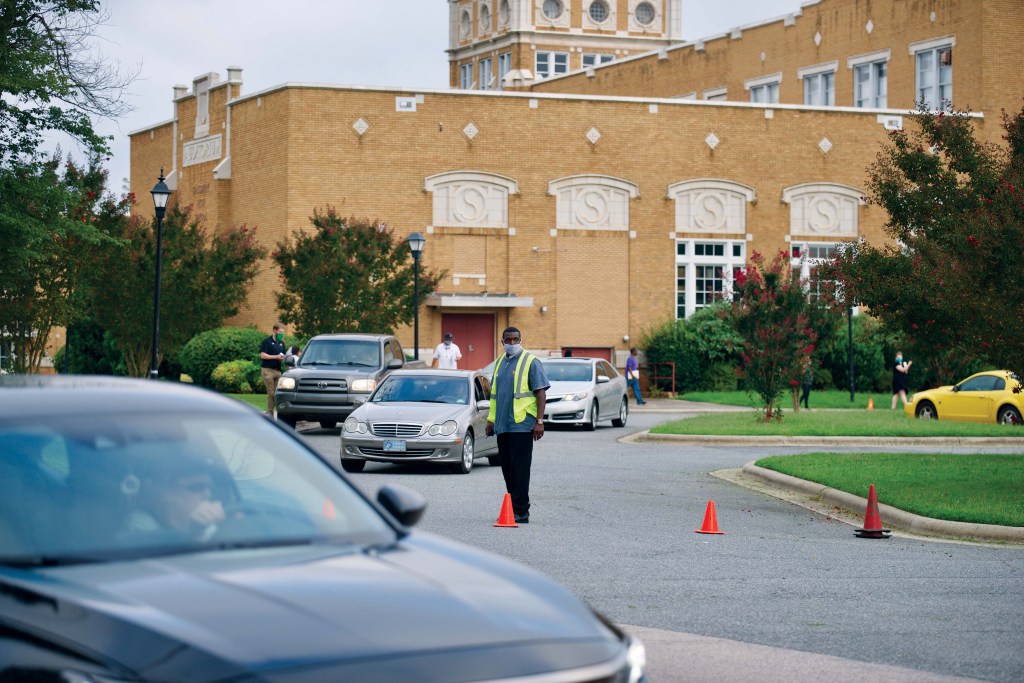 SALISBURY — The second half of Rowan-Salisbury Schools students enrolled in in-person classes had their turn at a first day on Thursday.

The odd starting date is a product of how the district has taken on its plan B blended model. The first round of students came to school on Monday and Tuesday, then moved to virtual learning for the rest of the week  — an inverse of the second group of student which began on Thursday.

Wednesday is a virtual day for all students, and all the facilities are cleaned between the two cohorts.

Salisbury High School Principal Marvin Moore was directing traffic for car rider students being dropped off at the school on Thursday morning. The masked Moore was waving parents into an unfamiliar new traffic pattern around the side of the school. Moore said the car rider line was moved to the side entrance to keep traffic from backing up into Lincolnton Road.

The morning was smooth. No traffic backed up into the road, and cars moved in and out of the parking lot within a few minutes.

Moore said the week had gone well, and the school is emphasizing safety as much as possible. Moore said he is not worried.

“I don’t pray and worry, man,” Moore said. “You pray about it, you put a plan together and you try to execute it.”

Moore is happy to be back, adding he was leery before school started. The building feels like a shell during the summer, but Moore said he felt the lifeblood of the school returning once the people came back to the building. Faculty became more enthusiastic, too. But the reality of the situation is still there.

“Let’s not kid ourselves, everybody has some level of anxiety,” Moore said.

Things are still different. Moore said some things are hard to get used to, including masks and staying 6 feet away from everyone else.

“When you’re at school, a teacher and a student has a different relationship and bond,” Moore said. “Now, you have to stay 6 feet away from the people that you’re teaching and you love on. It’s hard to see a kid not hug them and give them a high five, but you’ve just got to do the stuff you’ve got to do to be safe.”

There have been challenges as well. The school has been getting everyone acclimated to the software the district uses and getting devices into the hands of students.

Parent Lori Swaim dropped off her 10th grade son Steven for his first day on Thursday. Swaim said she was impressed with the drop-off process, and that the school did a good job keeping cars moving.

Swaim said she is not nervous about sending Steven back to school because of COVID-19 and she thinks the schools have taken every precaution they can. She is more nervous about this being Steven’s first day returning to a school setting after being home-schooled for a couple of years.