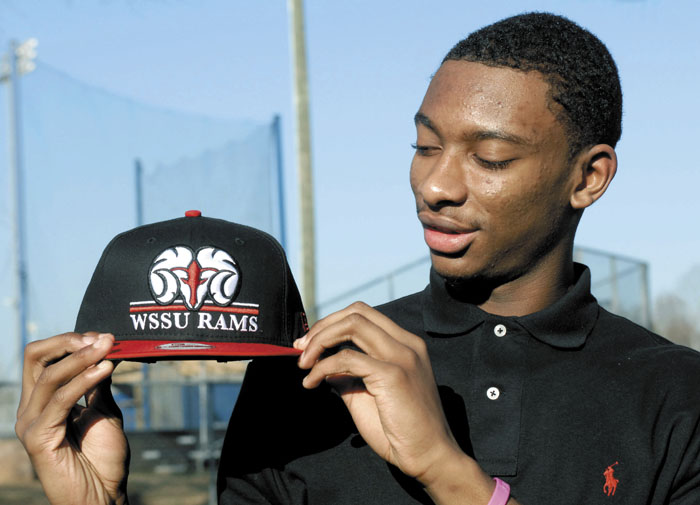 BURLINGTON — Jarvis Morgan, the West Rowan receiver who caught a long touchdown pass in the 2010 3A state championship game against Eastern Alamance, now works and coaches at Eastern Alamance.

Morgan made that 68-yard TD reception from quarterback B.J. Sherrill to put the Falcons ahead 12-0. Sherrill exited shortly after that successful throw with a concussion.

Morgan grins at the irony of it all. Life definitely takes some crazy turns.

“The funny thing is the people here are still excited about being in those championship games against West Rowan and they bring it up all the time to me,” Morgan said with a laugh. “They’ve got pictures on the walls of those games. I don’t have to remind them about it. I just nod and smile, mostly.”

John Kirby is in his 36th year of teaching math and coaching football at Eastern Alamance. He led the strong teams that lost to the Falcons. The first meeting in 2009 was 28-21. The rematch in 2010 was 34-7.

Kirby is now Morgan’s mentor, showing him the ropes, demonstrating how he can combine teaching and coaching to make a difference for a lot of people.

“If (West Rowan coach) Scott Young was still alive, maybe I’d  be at West Rowan right now and learning from him, and that’s something I think about every single day,” Morgan said. “But Coach Kirby has taken me under his wing. I’ve gotten my jobs here in Alamance County because he’s always been there to put in a good word for me.”

The 26-year-old Morgan worked at a middle school in Alamance last year. When the opportunity to move over to the high school came over the summer, he jumped at it. He’s well-qualified to help with the  basketball program as well as with the football receivers.

He’s an EC teacher in an inclusion classroom. That means students with disabilities or special needs are taught alongside standard students. He works with them on math skills.

“Yes, it’s true that you have to have patience and understanding,” Morgan said. “But my experience with being an EC teacher is those kids will actually work harder than the other kids. They’re the ones who have something to prove.”