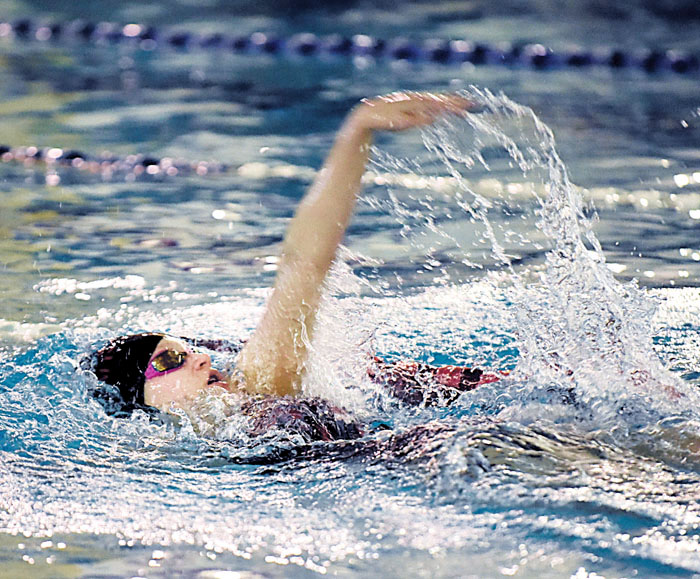 SALISBURY — The last first day of school for many seniors in Rowan-Salisbury took place on Monday.

Star swimmer Katie Knorr and her talented twin sister, Emily, are part of the group of students who are physically attending classes at Salisbury High. And that will be the case again today. Wednesdays are set aside for cleaning, sterilizing and sanitizing.

While a new group of students physically attends SHS classes on Thursday and Friday, the Knorrs will stay away from school, doing their best to continue their educations and prepare for college virtually. 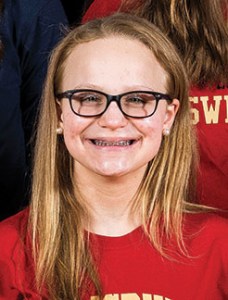 Masked students sit at desks while masked teachers instruct them two days a week. Truth is stranger than fiction. It’s a brave new world in 2020.

“My 14th year as a teacher,” said Sallie Pittman, the math instructor who coaches the Knorrs on Salisbury’s girls swim team. “This was really the first time that I didn’t know what to expect on the first day of school.”

It’s a weird year for everyone, and few have taken a stranger journey than Katie Knorr, a D-I-level swimmer who recently found a new home with the UNC Wilmington Seahawks. Katie thought she had everything figured out and settled back in early May when she picked East Carolina as her college destination. That was her first choice.

Just a few weeks after she made that announcement, however, the Pirates made a statement of their own. ECU was cutting swimming (as well as tennis) from an unsustainable athletic budget that was being stressed further by the COVID-19 pandemic.

Katie’s brother, Ethan, was two years into his time as a scholarship swimmer at ECU when that announcement came. He’s made friends, he’s experienced the thrill of D-I competition and he’s won a conference championship. So he’s decided to continue as a normal student at ECU, even without swimming. He’ll focus on earning his degree in biomedical engineering.

But it was a much different situation for Katie, who reopened her recruiting at a time when COVID-19 was making recruiting less than normal.

“At the beginning, when I first got the news that East Carolina wouldn’t have swimming, I was really sad,” Katie said. “But then I started looking at it as a second chance to take a closer look at a lot of schools.”

Katie isn’t quite as famous as her sister and she hasn’t won state titles like her twin, but she’s exceptional. Her best high school events have been the 100 backstroke and 200 IM. As a freshman, she had a seventh and eighth in the 1A/2A state meet. As a sophomore and as a junior, she’s placed third and a fourth in the state meets. She’s won regional championships.

“She’s had the best swimmer in 1A/2A (Community School of Davidson’s three-time state MVP Emme Nelson) as her competition in the 200 IM,” Pittman said. “Katie and Emily are different swimmers. Emily is a great freestyle distance swimmer. Katie has branched out. She’s tried a lot of different events.”

For instance, Katie swam the butterfly leg on Salisbury’s strong medley relay team. She was 4-for-4 as Salisbury won the Central Carolina Conference Meet. She won both her individual specialties, while helping the Hornets take two relays.

The Knorrs continued to work out during an uncertain spring and summer.

“Although we didn’t train as hard as we usually do,” Katie said. “We always have goals, but there weren’t the usual meets to train for.”

On Aug. 9, the day of North Carolina’s strongest earthquake since 1926, Katie received wall-shaking swim offers from three college programs, all of them combining athletic and academic scholarships.

Her resilience and patience was rewarded with almost $300,000 in scholarship offers.

She picked UNC Wilmington, where former Seahawk swimmer Bobby Guntero was named as the new head head coach in July.

“They made a great offer and UNC Wilmington is the school where everything felt right,” Katie said. “I feel very lucky. I think this is a second chance that worked out for the best.”

She plans to study kinesiology at UNCW with the long-term goal of a career in physical therapy.

“Katie did a great job of taking everything that happened to her in stride,” Pittman said. “Now she’s got a lot to look forward to.”

The Knorr twins share a room and clothes, but as close as they are, as much alike as they look, they’re also looking forward to being out on their own, going their separate ways, so to speak, for the 2021-22 school year.

Emily has committed to West Virginia.

High school swim practice is scheduled to start on Nov. 23, with the condensed season running from Dec. 7 until Jan. 30. Pittman is optimistic there will be regionals and state championships after that.

“We really want all our seniors to have that last hurrah,” Pittman said.

A story on Emily Knorr is upcoming.