Jay Dustin Lear, 42, was charged with voluntary manslaughter for his involvement in a physical altercation that resulted in the death of Billy Joe Carpenter, 47.

The Rowan County Sheriff’s Office said deputies responded to an assault call at 11:06 p.m. at 2603 Windswept Way in Rockwell. The caller stated that a person had been hit on the head with a stick and was having a seizure. Emergency medical services also responded to the call.

By the time deputies arrived at the scene, Lear had fled, the sheriff’s office said. EMS then received a call from Lear, telling them that he’d returned to his house at 2601 Windswept Way. When deputies met Lear, he claimed that people, including Carpenter, had been trying to fight him. Lear and Carpenter had started to yell and argue with each other. 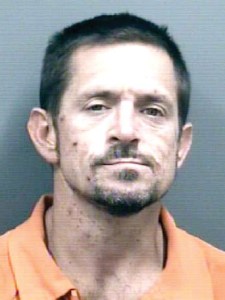 Detectives determined that during the argument Lear charged Carpenter and struck him on the head with a stick. Lear is known to carry a stick around with him, the sheriff’s office said. After the blow, the two men continued to argue as they reached a neighbor’s driveway, where Carpenter fell face first. Carpenter was bleeding from a gash on his forehead. He appeared to have a seizure and then stopped breathing.

Carpenter died on the scene.

Lear was booked in the Rowan County Detention Center and given a $25,000 secured bond.