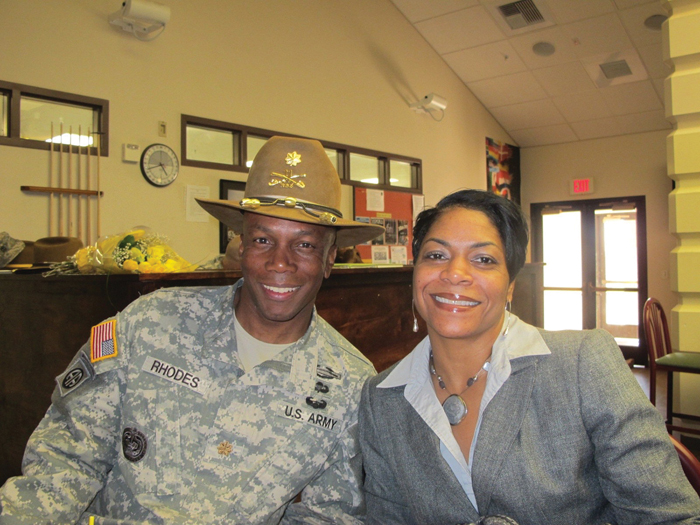 Photo submitted - Wendell Rhodes, left, with wife Amelia pose for a photo together after a military ceremony while they were stationed at Fort Irwin National Training Center in California.

She was working to return to her usual form after suffering an injury earlier in the 2017 track and field season and had her sights set on qualifying for state in the long jump.

Hall knew she had the talent and ability to meet her goal, but a mental block prevented her from pushing herself to the limit after pulling a hamstring earlier in the year.

“I wouldn’t want to push myself 100%. There were just some practices where I would sit and cry,” Hall said. “When I pulled it, there was just this pain, and I remember just laying in the sand. When they cleared me to jump, I could still feel my muscle, like it was just about to pull itself.”

But Hall wasn’t going to give up. Wendell Rhodes would make sure of that.

Wendell, a retired Army major who received the bronze star, had a way of staying calm and collected in tense moments.

“Cooler than the other side of the pillow next to you,” says his uncle, Kirk Mosley, who lives in Texas.

And Wendell or, as Hall knew him, Coach Wendell, put that demeanor to work when he worked with athletes at North Rowan High School. So, when Hall told her coach that she was hoping to qualify for state, even during a year where she was recovering from an injury, Wendell put on his coaching hat a little tighter.

“He really pushed me to be the best athlete that I could be,” she said.

And the performance that followed in the regional would be good enough to qualify for the state meet in the long jump.

“He pushed a lot of athletes and would say, ‘Your mental block is just you,’ ” Hall recalled. “He helped me do what I needed to do.”

For those who knew Wendell, Hall’s story is one of many that prove his interest in and passion for helping other people. Neighbors tell stories of Wendell helping them carry items into their homes, doses of random friendly conversation when walking through the neighborhood and, in one instance, helping prevent water from getting into a neighbor’s house after heavy rains.

Wendell and his wife Amelia moved to their north Rowan neighborhood, St. John’s Woods, just several years ago, but those who lived nearby quickly found the retired soldier to be a warm, caring person who made their small community a better place to life.

“He just had a warm smile as soon as he saw you,” says Craig Hiatt, whose house is just a couple doors down from the Rhodes residence and who approached Wendell about serving on a neighborhood committee. 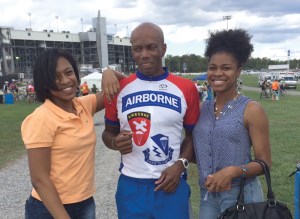 After serving his country for more than three decades in the military and finding ways to serve the folks who lived in his new home — Rowan County — Wendell’s life was tragically ended Aug. 5 when he was struck and killed by a car while walking his dog on Young Road. The man alleged to be the driver of that vehicle, Michael Chunn, of Mocksville, fled the scene in the damaged vehicle, a 2020 Ford Fusion, before returning in another car, said Highway Patrol First Sgt. G.A. Barger.

Barger said the right, front portion of the vehicle struck Wendell, who was walking in the same direction of traffic.

Chunn told law enforcement officers that he left initially because he did not know that he struck a person and returned because the damage on his vehicle was more severe than expected, Barger said.

Wendell was pronounced dead at the scene of the accident.

Wendell was born July 21, 1965, in Los Angeles to Fred Rhodes Jr., and the late Geneva Jackson Rhodes. He spent parts of his adolescence in Tulsa, Oklahoma, where Mosley, his uncle, lived as a child.

Mosley said he and his nephew were close in age. So, they frequently found time for activities like playing basketball. Often separated by hundreds of miles, the pair remained close throughout life.

“He was a very intelligent young man, passionate and dependable, and he was always very meticulous — by that I mean very detailed. He was that way before going into the military,” Mosley said. “He got along with everybody and he was the type of guy that was your teammate in life, to help you figure things out and to give his unbiased opinion.”

Wendell would return to California after living in Tulsa for a few years in middle school and high school. He graduated from high school there and entered the military shortly afterward, Mosley said.

Wendell went on to earn his bachelor’s degree in history from Virginia State University. He was also a member of the Kappa Alpha Psi Fraternity. 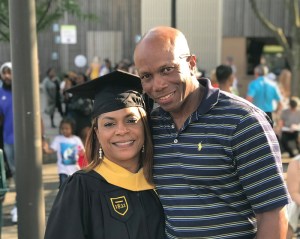 Photo submitted – Wendell Rhodes, right, poses for a photo with wife Amelia, left, during her graduation from Widener University in May 2019. Amelia received her master’s degree in social work from the college.

‘Best thing is going to pass you by’

Wendell and Amelia found each other later in life, while they were both deployed to Kuwait in 2009. And it wasn’t quite love at first sight.

Amelia, who had previously been married, was forced to leave her children when she deployed. And she recalls that weighing heavy on her mind. So, when Wendell started asking around about her, she wasn’t particularly interested. But Amelia, who admits that she walks fast, finds it hard to forget the sentence Wendell said to her when he tried to stop her one afternoon.

“One day you are going to be walking so fast that the best thing is going to pass you by,” Amelia recalls her late husband saying.

“He was corny,” she smiled. “But he was so genuine. He always put himself second and put me first. He was just so caring.”

They were married in 2011, and it wasn’t long before they began living the military life together. Wendell got orders for a post in Fort Irwin, California. He would be deployed. And they would move once more to Fort Lee in Virginia.

Wendell retired in 2015 after a long career in the Army, and he and Amelia chose Salisbury as the city where they’d settle down and enjoy life together. They had plans to travel together and Wendell had his sights on eventually buying a ranch somewhere colder.

He wasn’t much of a gardener — his neighbors note that he watered anything with a flower, including weeds — but he spent hours working in the yard.

Wendell also was athletic and liked to encourage others to join him in exercise. The Fort Lee Traveler, the newspaper for Fort Lee, Virginia, in 2015 wrote a story about Rhodes, saying he rode his bike up to seven hours per day on a regular basis and up to 24 hours during competitions.

“I’m old,” Wendell told the newspaper without cracking a smile. “They say the older you get the more endurance you have, and I want to test that theory. And your tolerance for pain is far greater than when you were younger.”

He particularly tried to recruit family members to join him in exercise.

Lately, Wendell was working on training two German shepherds he brought home. Amelia laughed when she said Wendell started with one dog and added a second from the same litter while saying, “The dog was lonely and needed brothers and sisters.”

He took one on long walks in the morning and the other in the afternoon. Wendell would frequently give the dogs commands while walking and position himself closest to traffic, putting himself between his dogs and cars on the road.

Sally Taylor, who lives near the Rhodes family, said she was in her front yard on the afternoon of Aug. 5 when Amelia returned from her work in social services to find two dogs and Wendell missing. One dog was outside of the fence with its leash still attached.

“Where is Wendell?” Amelia asked.

The pair split up and Taylor drove to Young Road, which was ablaze in blue and red lights. A man asked Taylor, “Do you know anybody in this neighborhood who has a German shepherd?”

She went back to Amelia.

“Is it my Wendell?” Amelia asked. 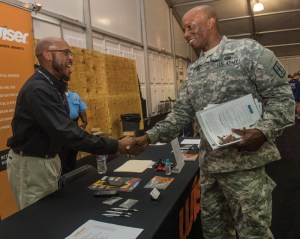 In the days since the incident, Amelia’s found herself angry: How could law enforcement only charge the suspect with misdemeanors? And she’s understandably been sad. She hopes her husband didn’t suffer before his death.

But she’s also been comforted by the outpouring of support from those who have called or visited to offer their condolences or support. That includes family, friends, neighbors and people who knew Wendell years ago and have offered kind words.

“He didn’t live here that long and didn’t live here all of his life,” Amelia said. “But for him to have been here for five years, the number of people who have come by or called … to me, it’s therapeutic to hear everyone speak so highly of him.”

“God, I am going to miss him,” Roberson said. “I think we all, every family member, is really shocked.”

Mosley, too, is in a state of mourning. But like many who spoke to the Post, he remembered a light-hearted moment during an interview last week.

Just before Hurricane Isaias made landfall in eastern North Carolina and a couple days before Wendell was killed, Mosley texted his nephew to check on him. And Wendell responded in typical fashion.

Mosley thinks about that moment now as an example of the fact that every moment matters.

“These seconds, minutes, hours and days we have together are important,” he said. “I’m just proud to have him as a nephew and proud of him as a person and proud of the quality time that we spent together.”

Services are under the direction of Noble and Kelsey Funeral Home and will be held noon Tuesday at Southern City Tabernacle AME Zion Church in East Spencer, 940 S. Long St. Burial will follow at the Salisbury National Cemetery Annex on the campus on the Salisbury VA. He will be buried with full military honors.