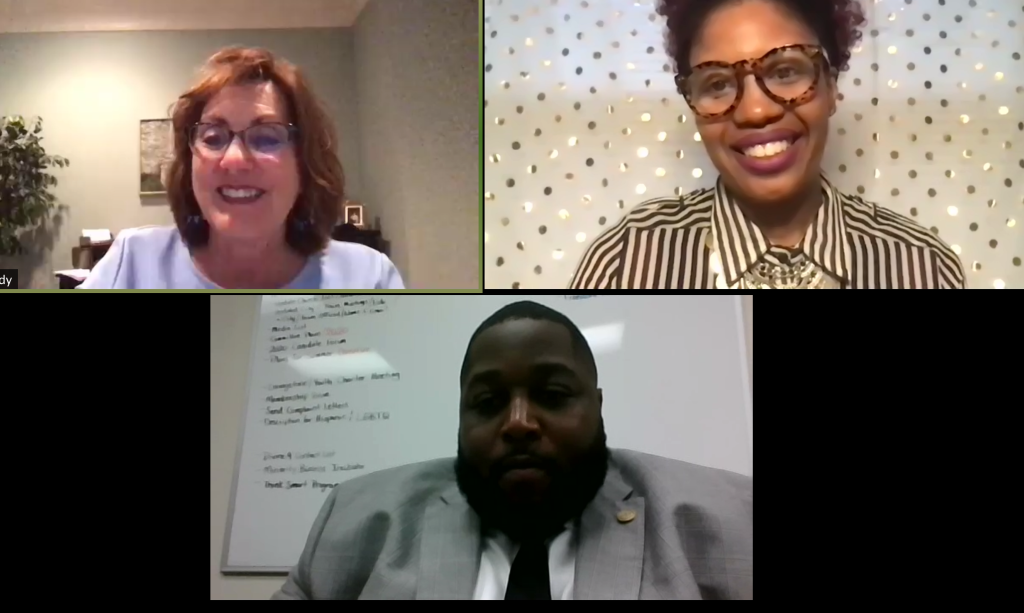 SALISBURY – Rowan-Salisbury Schools Superintendent Lynn Moody and a pair of other administrators were part of a virtual town hall hosted by the Salisbury-Rowan NAACP on Thursday night.

With classes starting under a blended model on Monday and students returning to classrooms for the first time since March, Thursday’s town hall offered insights into how that process will work and operations after schools closed in March. Moody was joined by Assistant Superintendent of Advancement April Kuhn and new Director of Equity and Inclusion Cassandra Martin.

Moody described the district’s undertakings for the past few months, including meal delivery to community students and trying to meet the needs of students through the district’s one-to-one device policy that apple devices home with each student. She said devices the district purchased function without an internet connection so students can continue working without consistent access.

Moody noted children have been through a lot, handling the pandemic, not being in school, social unrest stemming from police brutality toward Black Americans and even experienced an earthquake that shook the state last week.

Moody noted proportionally more minority students are enrolled in virtual options this year, which she said was anticipated because COVID-19 has disproportionately impacted some minority communities. With regard to spring virtual learning, she said some students did well, including some autistic students who accelerated outside of a classes. But many children were not well-served by virtual learning.

Moody also gave an update on minority leadership within the district. While admitting the employee demographics as a whole do not match the district, she pointed to recent minority principal hires.

Salisbury-Rowan NAACP President Gemale Black said the organization does not only support minority leaders and wants to make a connection with everyone in the district regardless of race or color.

Moody said the district is hiring for a number of positions, including teachers, nutrition workers and bus drivers, who were already in short supply before the COVID-19 pandemic.

Moody said the district will check the temperatures of students when they arrive at schools and will ask parents to check temperatures as well as fill out an online questionnaire before the student arrives each day.

Moody said there could be cases in schools, and those cases may lead to grade-level, entire school or a district shutdown at some point, but she pointed to the valuable things schools do for children — provide emotional support, prevent dropouts, offer programs like sports and provide meals for students who may not get them otherwise.

Moody said she is hopeful the small class sizes will be ideal for at-risk people and it will allow students to get more individual attention during the two days they are in class. The district is trying to accommodate at-risk staff members through leave or remote options, and there are more than 10 openings at The Summit Virtual Academy.

Black asked about bus transportation for students. The district requested families find alternate ways to take students to school if possible. Moody said the district may have to accommodate families who missed the chance to register for bus transportation with virtual learning while it sorts out the routes.

The district has seen families attempting to register after the deadline and is only allowed to transport 24 students on a bus at one time while also contending with a driver shortage.

“All we can do is try to be responsible, be safe, be thoughtful,” Moody said.